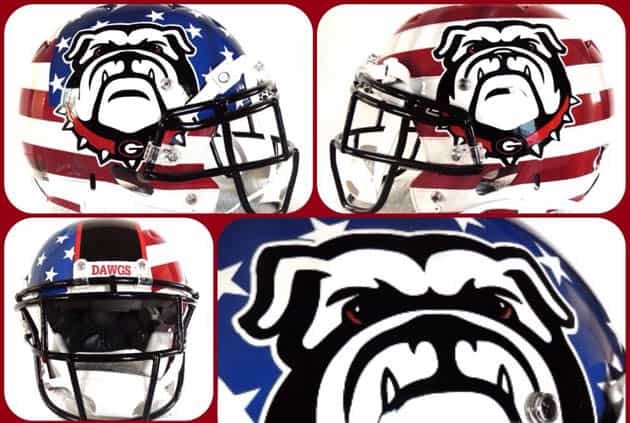 “Who’d like to see these helmets between the hedges next year?” @GreenGridiron asked after tweeting a photo of their custom USA-themed UGA football helmet.

The answer, of course, is not a single UGA football fan. Here’s the photo they tweeted:

Who'd like to see these helmets between the hedges next year? #customhelmet #godawgs #uga pic.twitter.com/YkamOkqsNo

You’re probably thinking this is an April Fool’s joke, but it’s not because the picture was tweeted back in February.

Green Gridiron is a facemask reconditioner that is used by the NCAA and NFL. They have created several custom football helmets and have uploaded pics to Twitter.