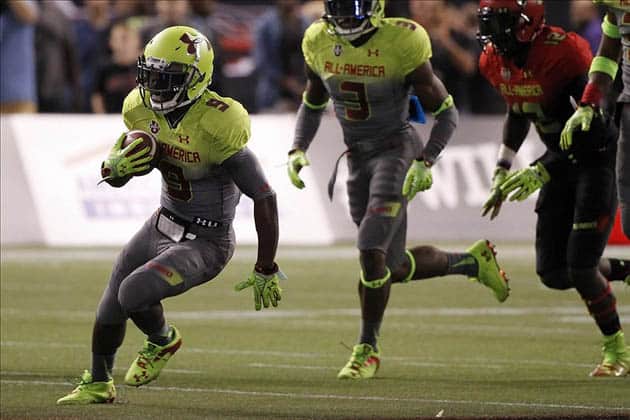 4-star wide receiver Isaiah McKenzie committed to UGA at a signing ceremony at his school this morning.

McKenzie (5-8, 165) is a teammate of running back Sony Michel, who is also committed to the Bulldogs.

Isaiah McKenzie has sent in his NLI to UGA and is officially a Bulldog! Shortly afterwards, Mike Bobo said McKenzie will be given the opportunity to be Georgia’s primary kick and punt returner.