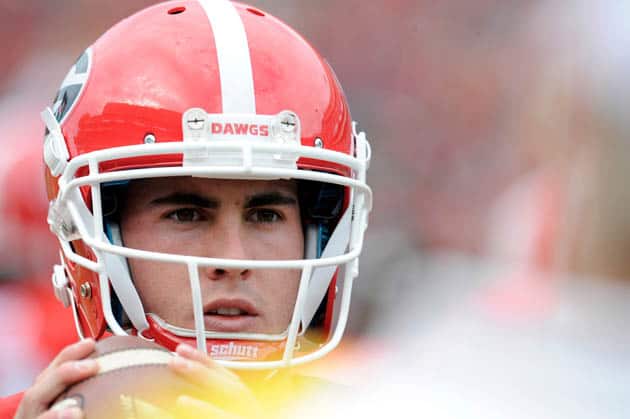 Georgia quarterback Aaron Murray, who tore the ACL in his left knee on Nov. 23, is 12 weeks removed from surgery and is already running and jumping.

On Friday, Murray told NFL.com that he is “way, way ahead of schedule” and plans to throw for scouts at Georgia’s Pro Day in Athens on April 16.

Next week, Murray will attend the NFL Scouting Combine. He won’t participate in any of the drills, but he will undergo some medical tests and will speak with representatives from some or all of the teams.

Murray is one of several draft prospects featured in an eight-part web series Pressure Points. The series focuses on the NFL Combine and preparations for the 2014 NFL Draft.