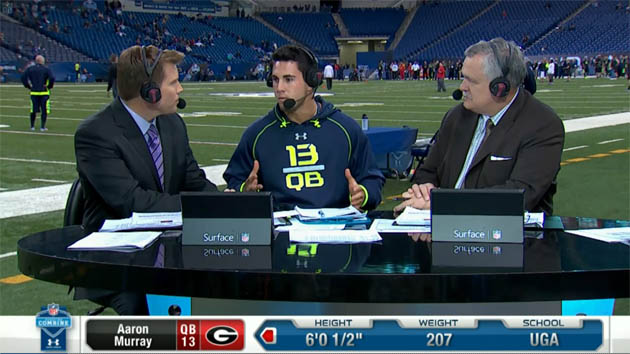 Despite not being able to throw and run at the NFL Combine this week, UGA quarterback Aaron Murray is still in Indianapolis meeting with teams and doing interviews.

Murray did an interview with Scott Hanson and Matt Millen of the NFL Network yesterday, and you can watch the video for an update of what Murray has been doing.

Murray also announced on the video that he will be attending Jon Gruden’s quarterback camp in April in Orlando. The episode of Gruden’s QB Camp should air a few weeks afterwards on an ESPN Network.

Below is another video from the NFL Combine when Murray was questioned by the media: