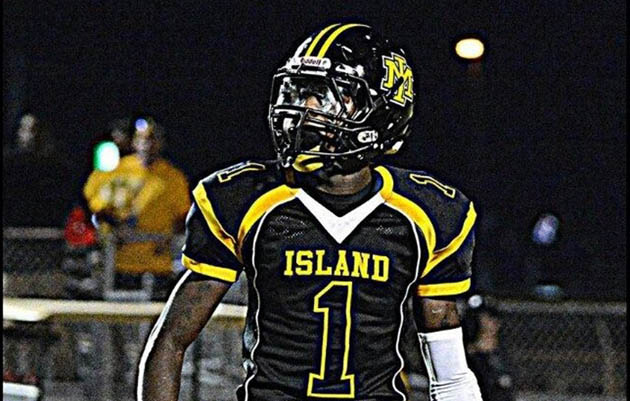 Shaq Jones, a 6-foot-2, 175-pound cornerback from Palm Bay, FL (Merritt Island), has flipped his verbal commitment from Louisville to Georgia, the Athens Banner-Herald has reported.

Jones took an official visit to Georgia over the weekend and reportedly committed to the Bulldogs. He was recruited by new UGA defensive assistant Kevin Sherrer while he was at South Alabama.

“From all indications I have, that’s where he’s going to go,” Merritt Island head football coach Jeff McLean told the ABH. “He said that he liked it. …I would say he’s committed.”

Jones committed to Louisville on Jan. 22. He also has offers from Florida A&M and South Alabama and has received late interest from Miami (FL), UCF, and others.