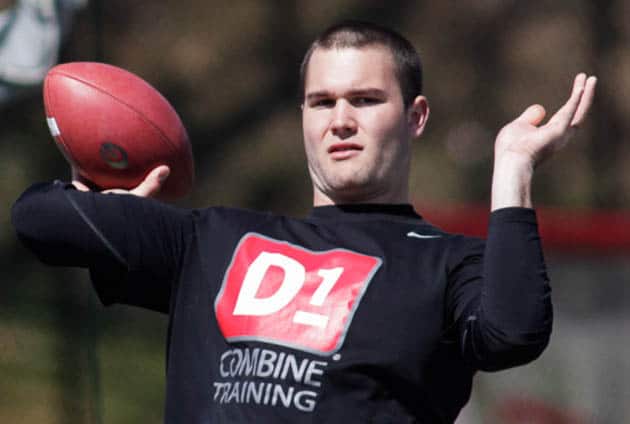 Jon Richt played quarterback for Prince Avenue Christian School in Athens before signing with the Clemson Tigers in 2008. After redshirting in one season at Clemson, Richt transferred to Mars Hill College.

At D-II Mars Hill, Richt was a four-year starter and holds every passing record at the school.

After not being selected in the 2013 NFL Draft, Jon Richt accecpted a position as Head Quarterback Coach at QB Country in Nashville. QB Country, based in Mobile, Alabama, is a year-round training and development company for quarterbacks.

For the Georgia Bulldogs, Richt will work with the offense as a volunteer. Under Georgia nepotism laws, Jon Richt cannot hold a paid position at UGA since Mark Richt is the head coach.