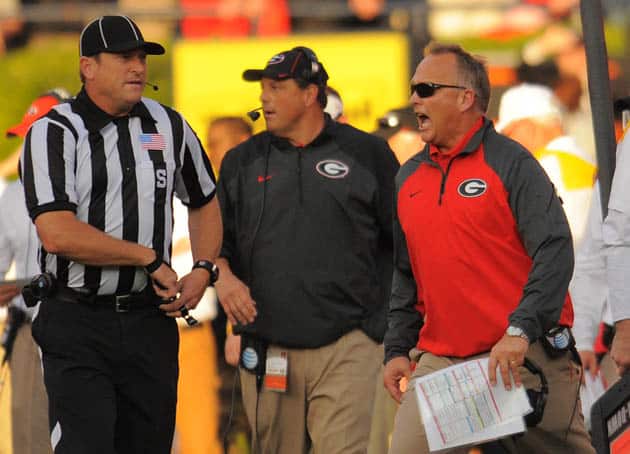 When performing a Google search, Google provides you with real-time suggestions for your search as you type. The suggestions are reportedly influenced by past searches, and often times they can be funny.

College Spun thought it would be cool to make a map of the most popular Google search suggestions for each SEC head football coach when you add “is” to the end of the name. Mark Richt’s result? Mark Richt is pure evil.

Where and how did Mark Richt get associated with evil? It all started back in 2007 when Orson Swindle of EDSBS first used the term after Richt ordered the Bulldogs to celebrate on the field after their first score against Florida. Then a couple of weeks later, Richt called for a blackout at the Auburn game and the team switched into black jerseys just before kickoff.

Since then, some fans refer to Mark Richt as “Evil Richt” whenever he gets mad, yells at a referee, etc. There’s even a parody twitter account for Evil Richt (@Evil_Richt). And in 2012, EDSBS mocked up an image of Richt with a goatee, presumably to make him look more evil. 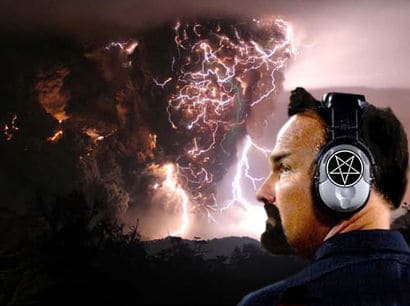 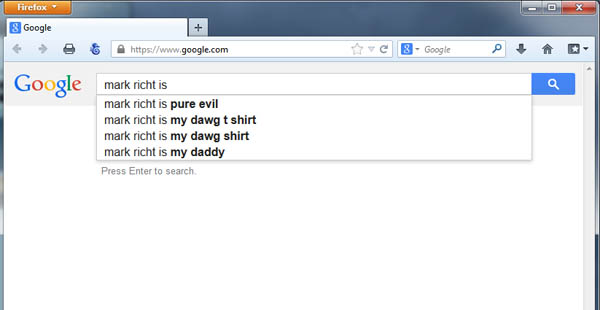