DB Kendall Gant to sign with Marshall instead of Georgia

DB Kendall Gant to sign with Marshall instead of Georgia 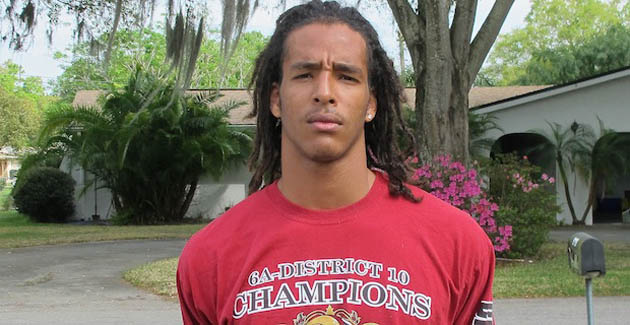 Defensive back Kendall Gant of Lakeland, Florida will sign with Marshall instead of UGA due to an academic issue.

Gant will likely be designated as a partial qualifier, which UGA does not accept. If Gant were to sign with the Dawgs, it would likely be a sign-and-place that would send him to junior college. Rather than go that route, Gant decided to commit to Marshall.

“There were way too many ifs in his situation for Georgia,” Keith DeMyer, Gant’s high school coach, told Dawgs247. “As much as he wanted to go (to UGA) — and believe me it was a tear-jerking decision for him — he just had to make a decision that was best for him down the road.”

Gant, a 6-foot-3, 184-pound defensive back, committed to UGA in July over offers from most of the top schools, including Alabama, Cincinnati, Florida, Florida State, Louisville, Ohio State, Tennessee, USC, and Wisconsin.

Rivals.com rates Gant as a 3-star recruit and the no. 41 safety in the country. Scout.com rates him 4-stars and the no. 19 safety.

The loss of Gant knocks the Bulldogs down to 18 commitments for the 2014 class. National Signing Day begins tomorrow.