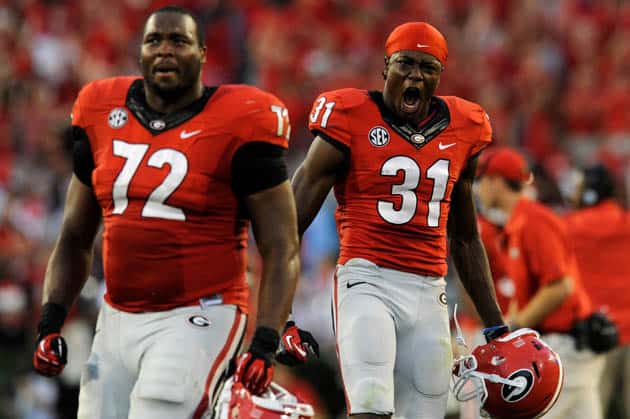 Georgia Bulldogs wide receiver Chris Conley is a big Star Wars fan. So big, in fact, that he is filming his own Star Wars fan film at UGA.

Filming began over the weekend on Star Wars Retribution: Darkness Falls. Several pictures were posted from the filming, including one of head coach Mark Richt being arrested by Stormtroopers.

Tomorrow is the first day of shooting for @starwars Retribution: Darkness Falls. pic.twitter.com/0gHxMt6HkG