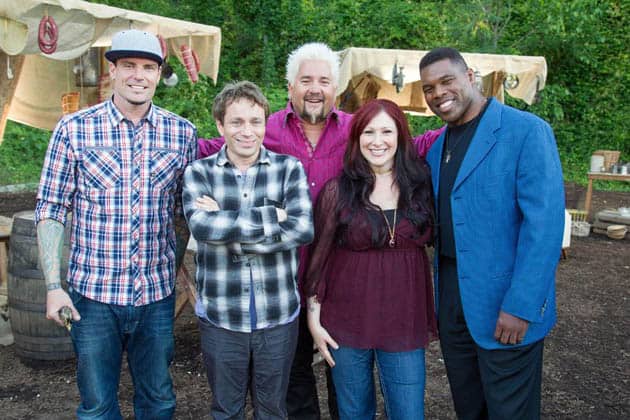 Former Georgia Bulldogs running back and Heisman Trophy winner Herschel Walker will compete on the third season of Rachael vs. Guy: Celebrity Cook-Off.

The show premieres tonight (Monday, Jan. 6) at 9pm eastern time on Food Network. It will also be repeated several times throughout the week. See our UGA TV Schedule for details.

Herschel Walker will compete on Guy Fieri’s team. Here is the complete list of celebrity contestants divided by team:

If you’ll recall, Herschel also appeared on the second season of Donald Trump’s reality show The Celebrity Apprentice back in 2009. Walker was “fired” after Task 9.

In Rachael vs. Guy, Herschel will be competing to win a $50,000 prize for his charity of choice, Patriot Support, which provides “highly-specialized behavioral health treatment to Service Members, Veterans and their Families.”

Walker, 51, played at UGA from 1980 until 1982 and won the Heisman Trophy after his junior season. He owns Herschel’s Famous 34 Pub & Grill in Athens, among other ventures.