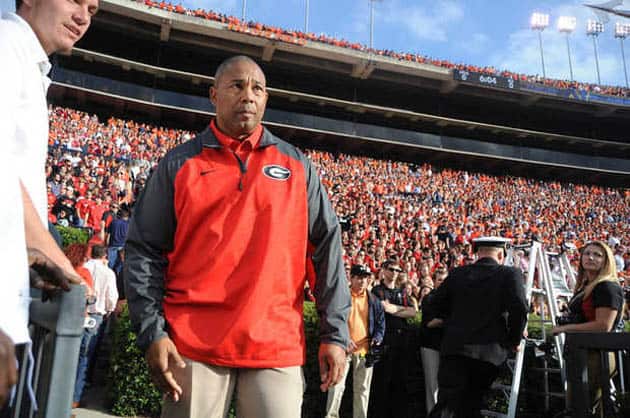 UGA defensive line coach Chris Wilson is leaving for the same position with the USC Trojans, while inside linebackers coach Kirk Olivadotti is rejoining the staff of the NFL’s Washington Redskins.

News of the two moves broke late yesterday evening and were reported by multiple sources.

Georgia is losing another assistant coach. Kirk Olivadotti headed back to the NFL, according to two sources.http://t.co/ANtuECwuch

The departures of Wilson and Olivadotti, coupled with the earlier resignation of defensive backs coach Scott Lakatos, gives new UGA defensive coordinator Jeremy Pruitt a clean slate with which to select his staff.

Here are some names for each position that will likely be considered, courtesy of CoachingSearch.com and UGASports.com.