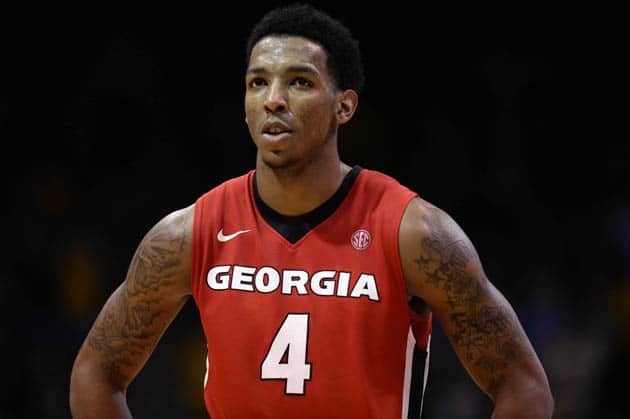 Georgia Bulldogs sophomore guard Charles Mann (6-5, 205) has been named the SEC Basketball Player of the Week.

In Georgia’s back-to-back wins at Missouri and vs. Alabama, Mann averaged 20 points, 6.5 rebounds and 3.5 assists.

Mann had team scoring honors in both of Georgia’s wins last week, helping the Bulldogs to a 2-0 start for the first time since 2002.  He played 42 of a possible 45 minutes in the overtime win at 21st-ranked Missouri, scoring the last two of his team-high 18 points with 34 seconds left in overtime, putting Georgia ahead for good.  He scored 22 points in Georgia’s home win over Alabama, including 14 in the second half.  Mann made 13 of 18 foul shots in the game; his 18 attempts were the fourth most in UGA history and most by a Georgia player in 10 years.

South Carolina’s Sindarius Thornwell was named SEC Freshman of the Week after averaging 1.5 points, 4.5 rebounds and 1.5 assists against Florida and LSU.

Georgia returns to action on Tuesday night when they travel to Gainesville to take on the 7th-ranked Florida Gators (13-2, 2-0 SEC). The game will be televised by ESPNU at 7pm ET.