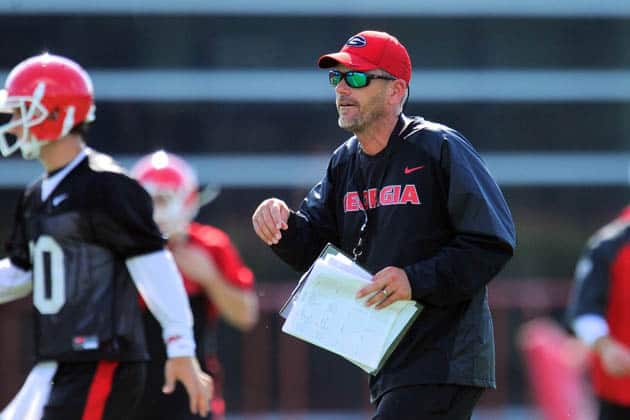 UGASports.com contacted UGA athletics director Greg McGarity about the report, and McGarity said “they wouldn’t ask me.” In most cases, schools looking to hire an assistant will contact the head coach rather than the athletic director for permission to interview a candidate.

Earlier this month, Mike Bobo was named the 2013 247Sports Offensive Coordinator of the Year. Under Bobo’s guidance, the 2013 Bulldogs have racked up 38.2 points and 489.83 yards per game.

Georgia Southern is moving up to the Football Bowl Subdivision and will officially become a member of the Sun Belt Conference on July 1, 2014.

It seems unlikely that Bobo would accept an offer at Georgia Southern due to his offensive philosophy. GSU is historically a triple-option school, and it appears they will stay with that style into the future. Bobo, of course, runs a pro-style offense with the Bulldogs.

If anything, Bobo will likely get a raise for his performance in 2013 and due to interest from other schools.