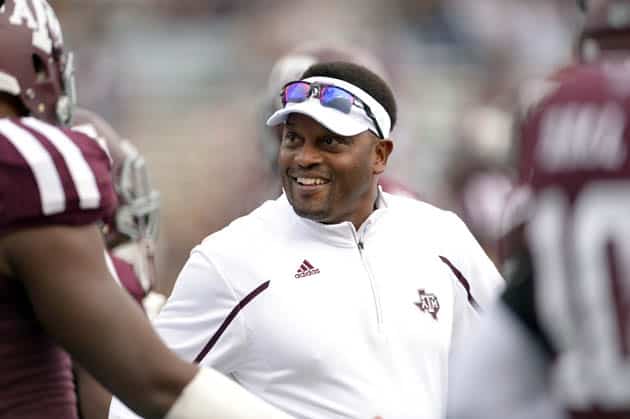 Although Texas A&M has not played Georgia under Kevin Sumlin, the Aggies head coach was gracious enough to send a Get Well Soon letter to UGA quarterback Aaron Murray. It’s certainly a classy gesture to a DGD.

Murray tore the ACL in his left knee on Nov. 24 against Kentucky in Athens. He even stayed in for 13 additional plays and tossed a touchdown pass after suffering the season-ending injury.

Murray is already off of crutches and plans to throw, do drop-backs, and maybe even run for NFL scouts at Georgia’s Pro Day in April.

Thanks @CoachSumlin for the letter. Much respect to you and your program. Good luck in the bowl game pic.twitter.com/ATdwf3qXWV