Pierce Wallace, aka the Georgia Joker, to be inducted into ESPN Fan Hall of Fame

Pierce Wallace, aka the Georgia Joker, to be inducted into ESPN Fan Hall of Fame 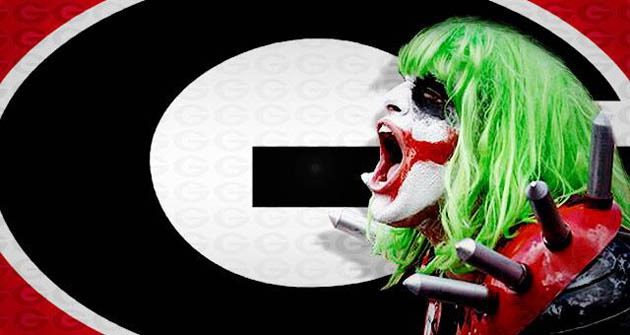 Pierce Wallace, aka the Georgia Joker, will be inducted into the ESPN Fan Hall of Fame, ESPN announced today.

Wallace and the two other winners, Barbara Rust and “The Sign Lady;” Canaan Sandy, will be inducted at ESPN headquarters in Bristol, Connecticut in 2014. The three winners will also have their names engraved above three stadium chairs on the lawn at ESPN.

Wallace was one of ten finalists for the coveted fan prize. He was among the top three after a 10-day voting period.

“The inductees received outstanding support from their teams, communities and fellow fans throughout the voting period,” said Jeffrey Gonyo, senior director of sports marketing at ESPN. “We look forward to bringing Barbara, Canaan and Pierce to our headquarters to honor their passion and dedication.”

Pierce Wallace, “The Georgia Joker” is a lifelong Georgia Bulldogs fan, who touts his recognizable bright green wig and painted face at every single Bulldogs football game – both home and away. Wallace is currently a freshman at University of Georgia, and can be found among members of Spike Squad, a group of intense UGA fans, in section 109 at football home games.

The ESPN Fan Hall of Fame was created last year and highlights fans with compelling stories and extreme loyalty and dedication to the teams they love. The first three members were inducted into the hall on Sept. 19, 2012.

The Georgia Joker, currently a freshman at UGA, can be found in the middle of the UGA Spike Squad in section 109 at Georgia football home games. He also makes the road trips, too.