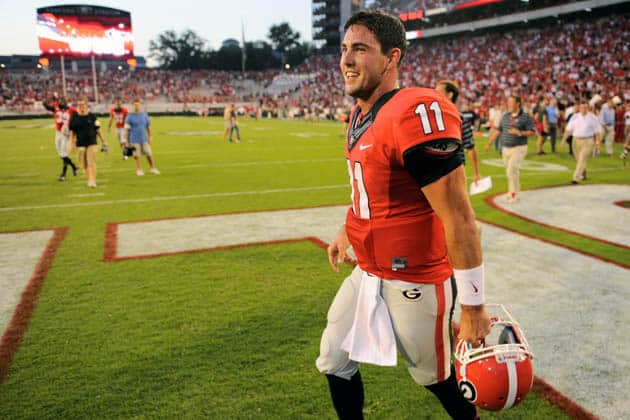 UGA quarterback Aaron Murray has been named the SEC Scholar-Athlete of the Year for football, the SEC announced on Wednesday.

Murray is one of 16 players nationwide who earned the prestigious National Football Foundation Scholar-Athlete Award and was one of two SEC finalists for the Wuerffel Trophy. He recorded a 4.0 grade point average in his first semester of a psychology doctorate program. He is a three-time Academic All-District selection, was a 2012 Capital One Academic All-America second-team selection and a member of the 2012 Allstate AFCA Good Works Team. Murray is the SEC career record holder for total yards (13,155), touchdown passes (121), total offense (13,562) and completions (921).

Murray was the only Georgia Bulldog to receive a post-season individual award from the SEC. Listed below is the complete list of awards and winners.