Georgia at Vanderbilt to be Televised by CBS at Noon ET

Georgia at Vanderbilt to be Televised by CBS at Noon ET 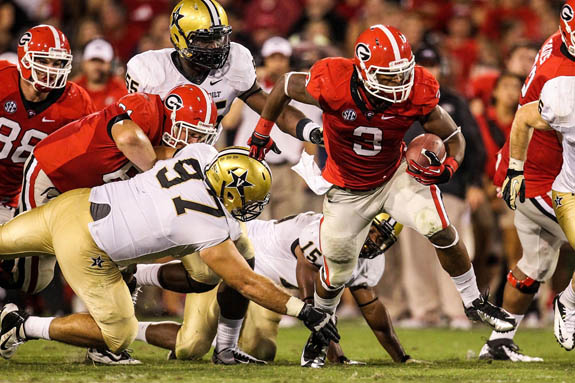 Georgia’s Oct. 19 game at the Vanderbilt Commodores will be televised by CBS at noon ET, the SEC announced today.

The UGA-Vandy game is the first of an SEC on CBS doubleheader. The second game will feature Auburn at Texas A&M at 3:30 p.m. ET.

This will be Georgia’s third appearance on CBS this season and fourth overall counting the Nov. 2 game against Florida in Jacksonville. UGA has also appeared on ABC (1), ESPN (2) and SEC TV (1). The Nov. 9 game vs. Appalachian State will be televised by WSB-TV Channel 2 (Atlanta).

Below is the complete TV schedule for the SEC for the week of Oct. 19: