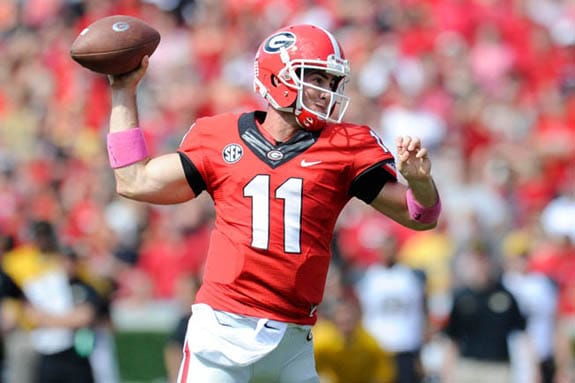 Aaron Murray is one of 16 semifinalists for the Maxwell Award. (Dale Zanine-USA TODAY Sports)

Aaron Murray has been named a semifinalist for the 2013 Maxwell Award, Maxwell Football Club President Ron Jaworski announced today. The Maxwell Award is given to the collegiate player of the year.

If Murray were to win the Maxwell Award, he would be only the third Bulldog ever. Charley Trippi won the award in 1946 and Herschel Walker took home the prize in 1982.