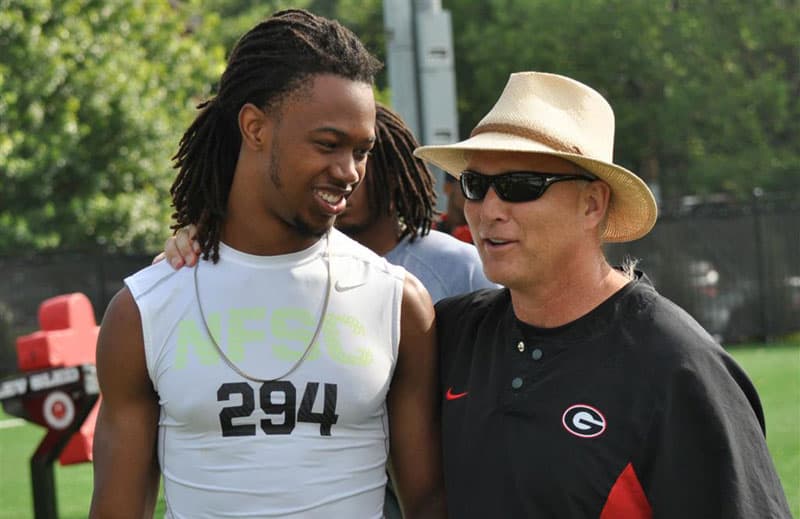 Wide receiver Christian Owens of Griffin, Ga. (Griffin H.S.) has verbally committed to the Georgia Bulldogs. He is the 1st commitment for UGA’s 2015 recruiting class.

Owens (6-5, 205) committed to the Bulldogs at today’s G-Day Spring Game. He also has a scholarship offer from Vanderbilt.

“He’s a kid that is going to be able to come across the middle and catch the ball,” DeVoursney told the AJC. “He’s got good hands. He’s a really good possession receiver. He’s a big target, and he’s going to work hard. He will do exactly what they tell him. He’s a good kid.”

The news comes one day after Georgia and 2014 running back commitment Stanley Williams parted ways. Williams told ESPN, “I have not officially de-committed yet, but I am open to all of the schools recruiting me.”

Georgia’s is now down to three commitments for 2014: defensive back Nick Glass of Atlanta, GA, wide receiver Krenwick Sanders of Jesup, GA, and running back Stanley Williams of Bethlehem, GA.