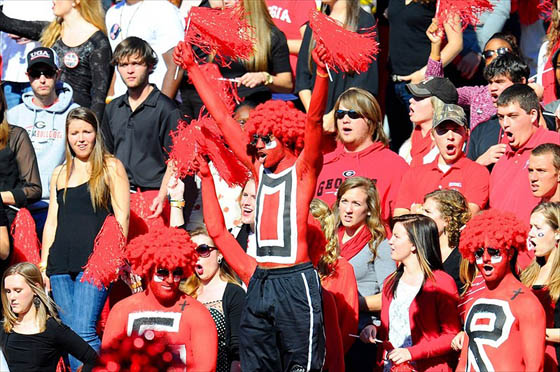 On Tuesday, the UGA athletic board approved a new “Young Alumni Ticket Program” that will allow recent graduates (within the last 5 years) to obtain football season tickets.

The program starts in 2013 and the cost will be $40 per ticket. A donation to the Hartman Fund will not be required for the first year only. For the 2013 season, that will be a total of $240 since the Dawgs will have six home games.

In 2014, the ticket package will cost $280 since the Bulldogs have seven games at Sanford Stadium. No mention was made of the Florida game, so it’s not likely to be included in the package in any season.

The “Young Alumni” tickets will be pulled from the current student ticket allotment, which is currently around 18,000. Current students probably won’t miss those tickets because, as the AJC reports, the “…average scan rate of those tickets since 2009 has been 11,802.”

And as DawgsOnline points out, UGA will receive additional revenue for the “Young Alumni” tickets even without a Hartman Fund donation.

And though the school misses out on an initial donation from these recent alums, it still receives full face value for those tickets. The school will receive $448,000 a year in additional revenue (assuming a seven-game home schedule) by selling these 2,000 tickets at $40 face value rather than selling them to students at $8 per game.

The Georgia Bulldog Club has posted information on the Young Alumni Ticket Program. It appears the deadline has already passed for potential applicants to submit their info for the 2013 season.