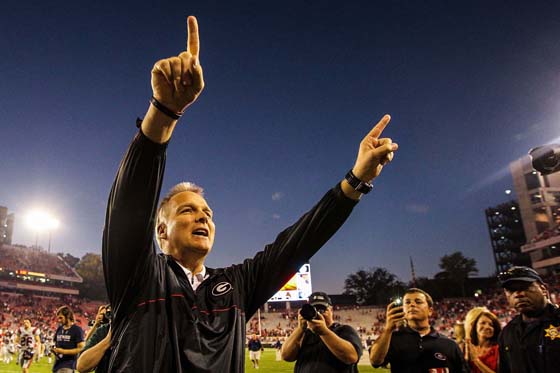 After a 12-2 season and second straight SEC East title, UGA head coach Mark Richt has been rewarded with a salary increase and a contract extension, UGA has announced.

Richt has received a salary increase from $2.8 million to $3.2 million. He also received an additional year on the contract he signed last season, which now puts him at UGA through 2017.

“I’m honored and very thankful to Dr. (Michael) Adams, Greg McGarity, and the Athletic Board for their support in what we are working daily to accomplish,” said Richt in a statement. “I look forward along with our staff to preparing this team for the challenges of another season. From what I’ve heard, our team is working hard in the off-season conditioning program and paying the price necessary to be successful in the Fall.”

Richt’s contract signed in 2012 states that if he decides to leave Georgia or retire, he will owe the University no money. It also stipulates that Richt will make $200,000 for winning the SEC Championship and $800,000 for a BCS National Championship.