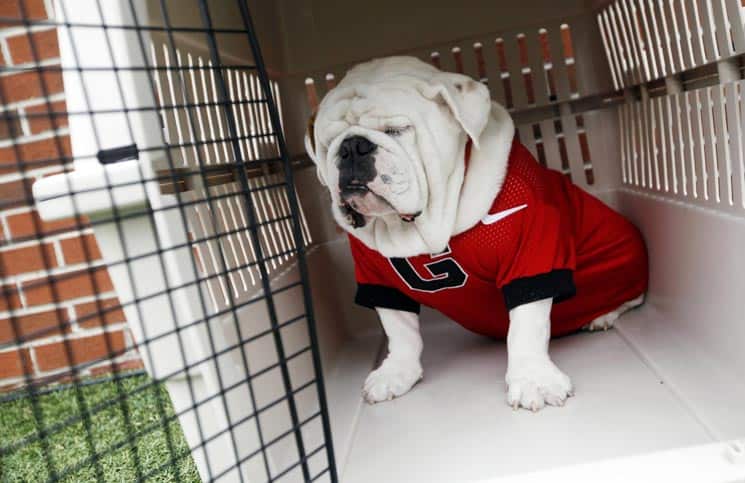 Georgia mascot “Russ,” the half-brother of Uga VII, has received a “battlefield promotion” and has been named Uga IX.

Russ stepped in for Uga VII on Nov. 19, 2009 and assumed the role of interim mascot. Overall, Russ has been the mascot for 23 games and has a record of 14-9 with on SEC East Championship.

The official ceremony will be conducted prior to Georgia’s home game against Florida Atlantic on Saturday, Sept. 15 (7:30 p.m. ET, CSS).

“Like many great and memorable Bulldogs, Russ has earned the opportunity to serve in this capacity,” said UGA president Dr. Michael F. Adams. “I am confident that he will represent the Bulldog Nation very well and continue the grand tradition of Ugas.”

“Russ has endeared himself to the Georgia people over the last three years,” said UGA Director of Athletics Greg McGarity. “His dedication to duty when called upon has been exemplary and it’s fitting that he takes his place in the official line of Georgia mascots.”

All dogs serving as UGA mascots are part of a lineage of English Bulldogs owned by Sonny Seiler of Savannah, Georgia.