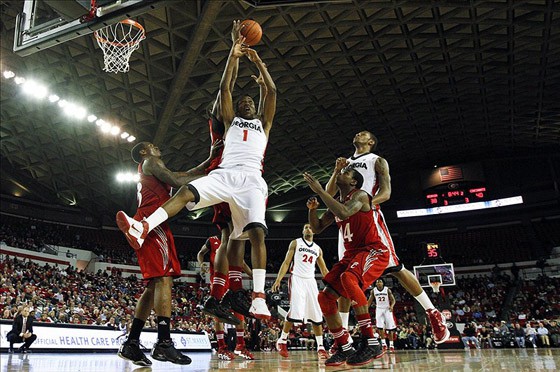 The Georgia Bulldogs will face the USF Bulls in the 2012 SEC/Big East Challenge. The full pairings were announced today by ESPN.

South Florida finished the 2011-12 season 22-14 overall and 12-6 in the Big East, which placed them in a three-way tie for fourth with Georgetown and Cincinnati. The Bulls played in the 2012 NCAA Tournament, beating Cal in the First Four and Temple in the 2nd round before falling to Temple.

Listed below is the full schedule for the 2012 SEC/Big East Challenge:

Georgia’s 2012-13 schedule is nearing completion. A date for the home game against USC has yet to be announced, and the Dawgs are also looking for a home game on Dec. 15.

The Bulldogs open the 2012-13 season at home against Jacksonville on Friday, Nov. 9.