"Loran's Best" to be Announced as Uga VII Tomorrow

“Loran’s Best” to be Announced as Uga VII Tomorrow 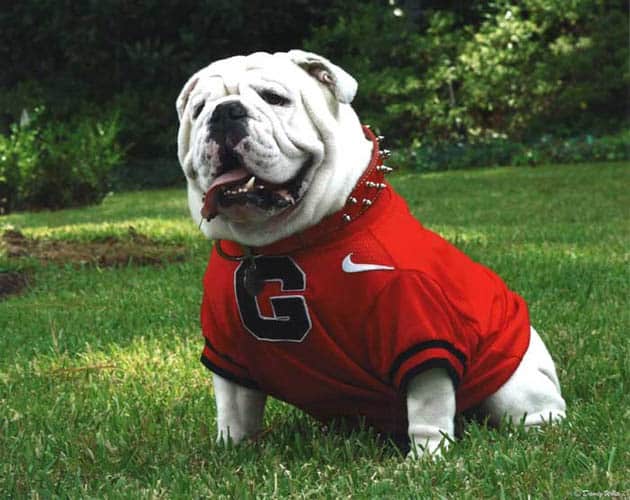 The University of Georgia has announced that “Loran’s Best” will be named Uga VII in a ceremony preceding tomorrow’s game against Georgia Southern. Uga VII will be escorted onto the field by members of the Seiler family and will be officially coronated by Dr. Michael F. Adams, the President of UGA.

Uga VII is nearly 3 years old and weighs in at 56-1/2 pounds. He will be the second heaviest mascot ever for Georgia. Only his father, Uga VI, was heavier.

Uga VII takes over for his father who passed away on Friday, June 27, 2008 from congestive heart failure. He was the winningest UGA mascot, enjoying an overall record of 87-27, an SEC record of 52-23, 2 SEC Championships and a bowl record of 7-2 (including 2 Sugar Bowl titles).