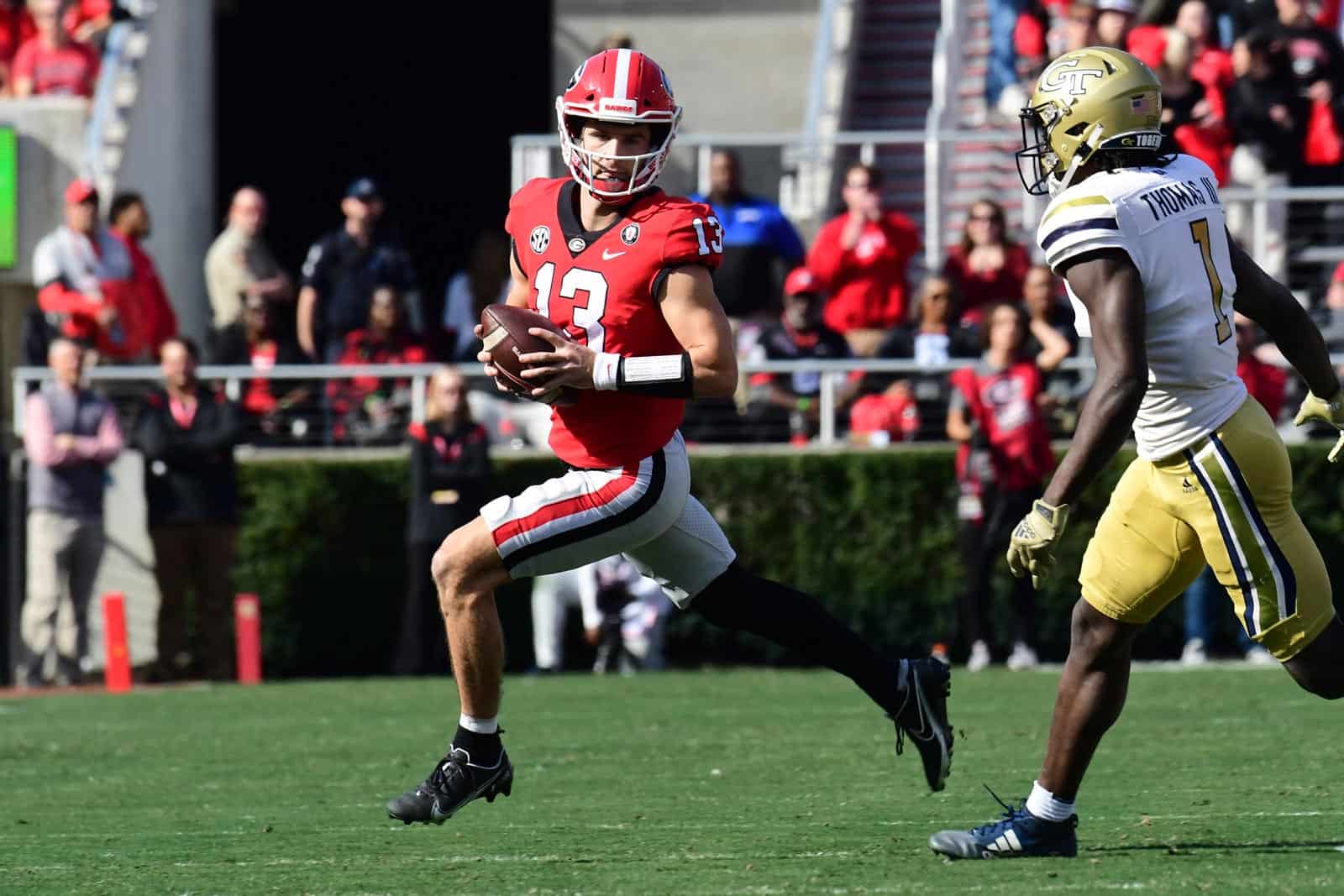 UGA football senior quarterback Stetson Bennett has been named a finalist for the 2022 Manning Award, the Allstate Sugar Bowl has announced.

The Manning Award was created by the Allstate Sugar Bowl in honor of the college football accomplishments of Archie, Peyton, and Eli Manning. It is the only quarterback award that takes the candidates’ bowl performances into consideration in its balloting.

“We have an exceptional group of quarterbacks as our finalists for this year’s Manning Award,” said Archie Manning. “These young men have shown they can do it all on the football field. And most importantly, they win. Five will be playing for conference championships this weekend and all 11 have their teams headed to bowl games this year.”

The winner of the 2022 Manning Award will be announced after the bowls in January.