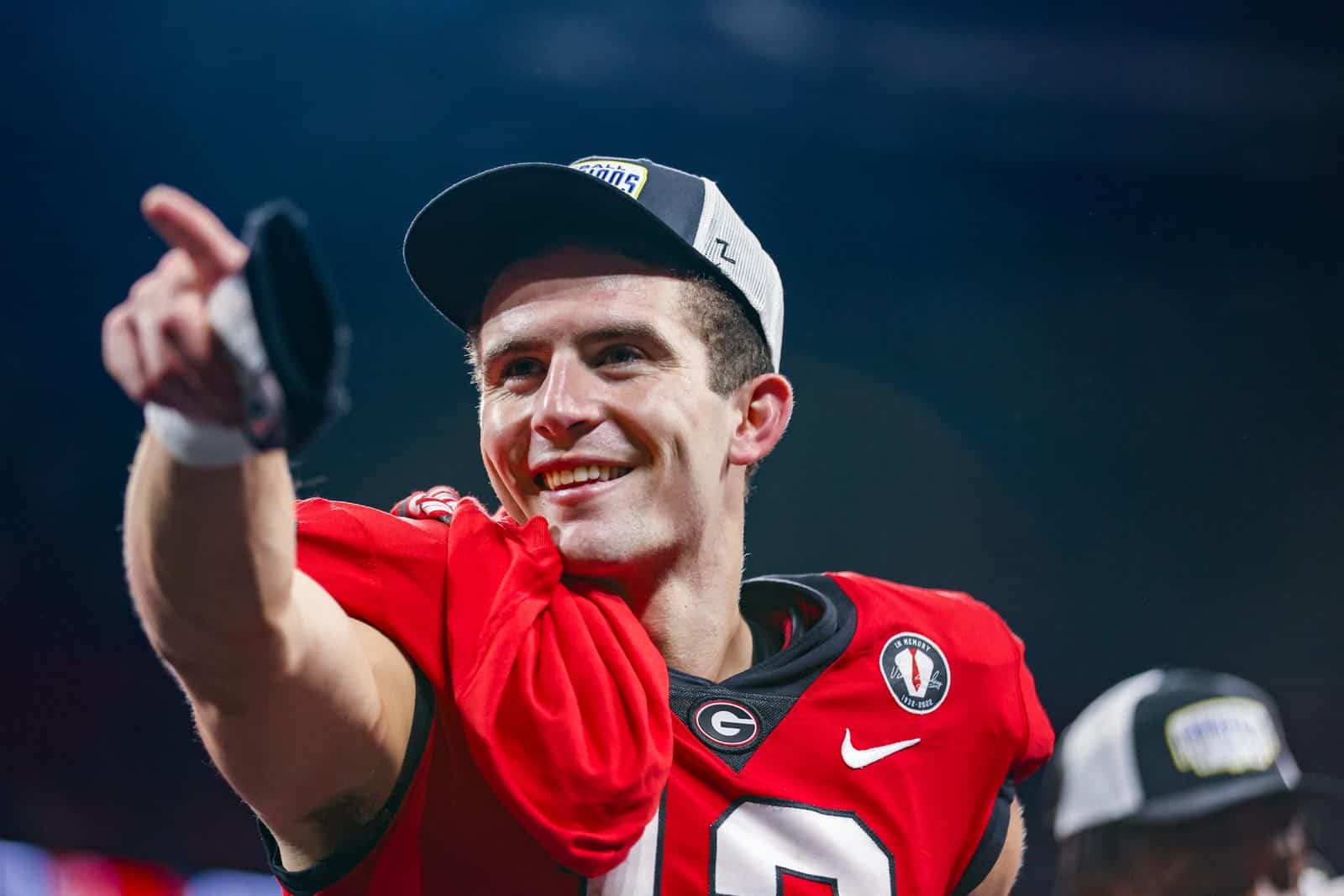 UGA football senior quarterback Stetson Bennett has been named a finalist for the 2022 Heisman Trophy, it was announced on Monday.

The Heisman Trophy is awarded annually to the most outstanding player in college football. Last season’s winner was Alabama quarterback Bryce Young.

“I don’t even know what to think right now,” Bennett said in a statement.” We have a lot of good players who make me look good. It’s special. This honor is all about my teammates and this team. I wouldn’t be here if we didn’t have the team that we have. This honor is for them. I understand what Coach Smart means when he says that success comes to those who don’t look for it or are too busy working to look for it. I have never thought about the Heisman. I just wanted to play quarterback at Georgia. I just wanted to play football. I’m thinking of the players and people who have been in this with me. Regardless of who wins, it’s a huge honor to be in this group. The wideouts, tight ends, running backs, offensive line, defense, coaches – I wouldn’t have this opportunity without them so a ton of gratitude for them.”

The other three finalists that will join Stetson Bennett in New York include TCU quarterback Max Duggan, Ohio State quarterback C.J. Stroud, and USC quarterback Caleb Williams. The 2022 Heisman Trophy winner will be announced during the televised Heisman Trophy Ceremony Presented by Nissan that will air on Saturday, Dec. 10 at 8:00pm ET on ESPN.

The Stetson Bennett timeline will now see him among the nation's top four players: https://t.co/xrNofy2MLp pic.twitter.com/Fx1XQXVXMi

Stetson Bennett, who hails from Blackshear, Ga., led the Bulldogs to a 13-0 record and an SEC Championship this season. He has completed 269-of-395 passes for 3,425 yards and 20 touchdowns. Bennett has also rushed 47 times for 184 yards and seven touchdowns.

If Bennett were to win, he would be the University of Georgia’s third Heisman Trophy winner and its first since Herschel Walker won the award in 1982. Frank Sinkwich was Georgia’s first Heisman winner after he took home the prize in 1942.