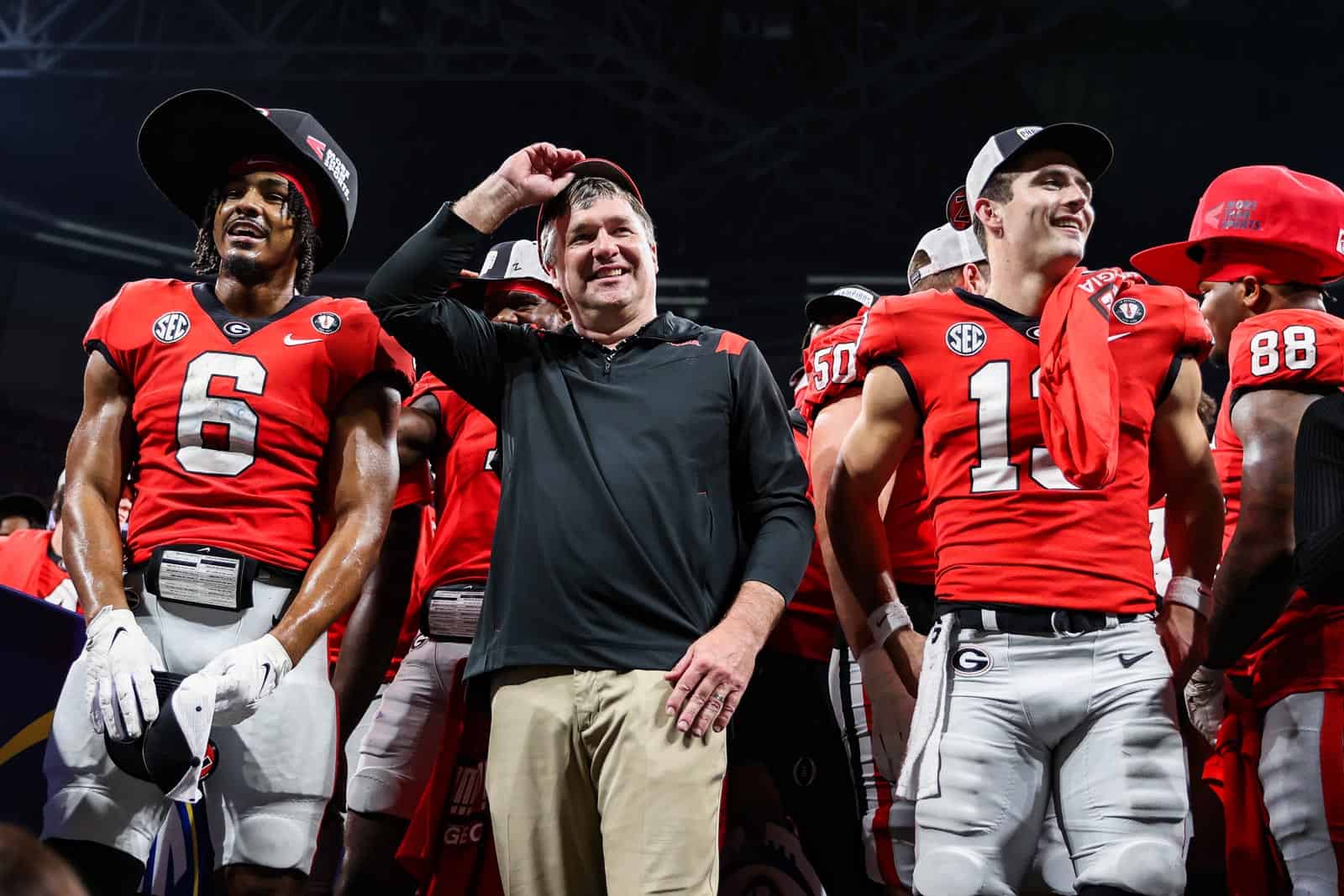 UGA football head coach Kirby Smart has been named a finalist for the 2022 Dodd Trophy, the Bobby Dodd Coach of the Year Foundation and Chick-fil-A Peach Bowl have announced.

Kirby Smart has guided the top-ranked Georgia Bulldogs (13-0) to an undefeated regular-season and victory over the LSU Tigers in the 2022 SEC Championship Game. This follows Georgia’s national championship in 2021, their first since the 1980 season.

“These five coaches have found a way to set themselves apart by guiding their programs to historic seasons during another exhilarating year of college football,” said Jim Terry, chairman of the Bobby Dodd Coach of the Year Foundation. “Each of these men have left a significant mark on their respective universities, football programs and players, both on and off the gridiron, and truly embody all that this award stands for.”

“The Dodd Trophy is the sport’s most coveted coach of the year award because it fully takes into account what it means to be a coach, aside from just wins and losses,” said Gary Stokan, Peach Bowl, Inc. CEO & President. “These five finalists not only succeeded on the football field this year, but also in the classroom and throughout their communities. It’s this mindset that sets our award apart, and why we only consider coaches who have been at their current programs long enough to truly establish their own foundation of success, as it relates to academics and community involvement.”

The winner of the 2022 Dodd Trophy will be announced in Atlanta during bowl week at this year’s College Football Playoff Semifinal at the Chick-fil-A Peach Bowl.