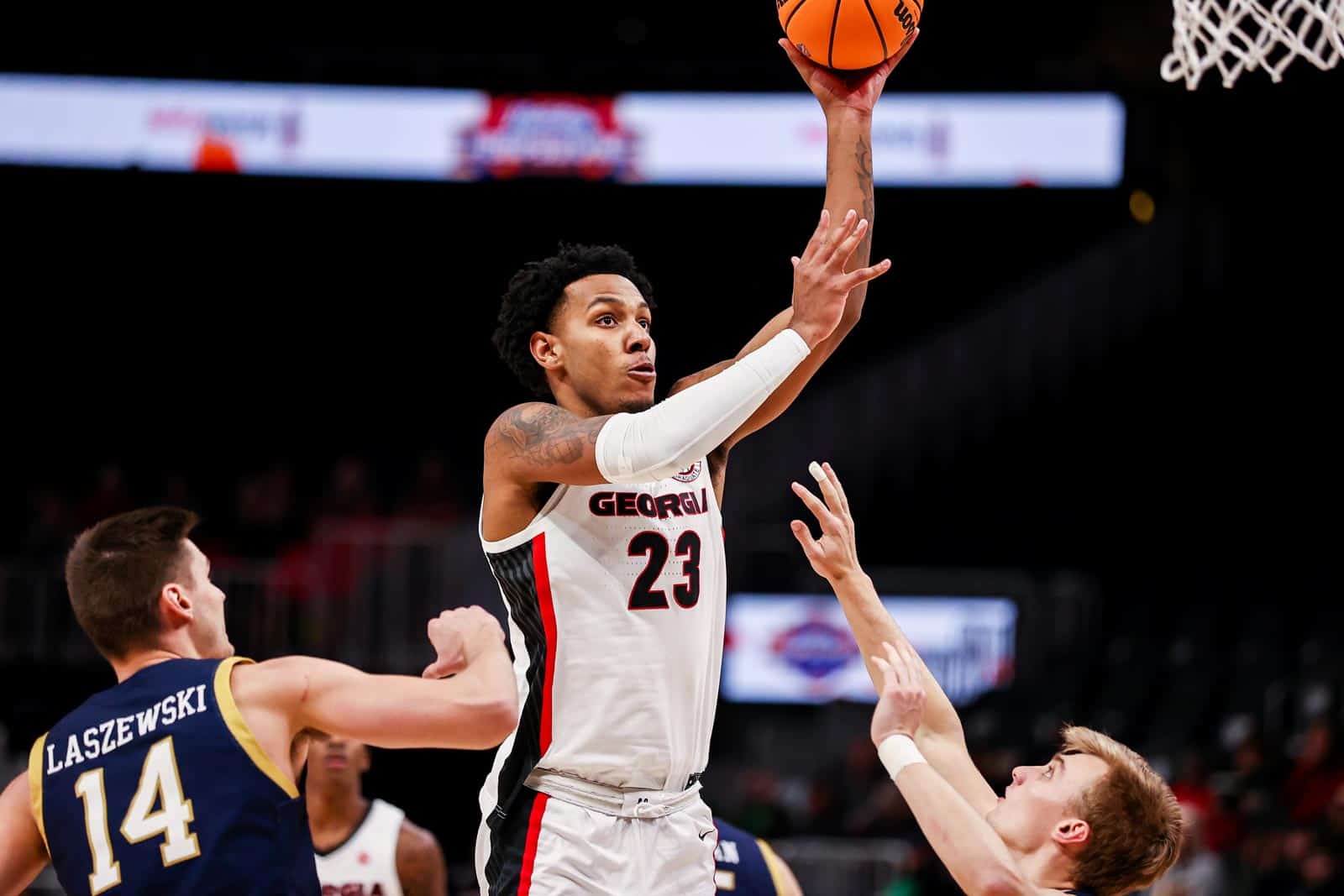 UGA basketball fifth-year center Braelen Bridges has been named the SEC Player of the Week, the SEC announced on Monday.

Braelen Bridges was named SEC Player of the Week after scoring 18 points in Georgia’s 77-62 victory over the Notre Dame Fighting Irish in a Holiday Hoopsgiving contest at State Farm Arena in Atlanta, Ga., on Sunday.

The win for Georgia was their first over a Power Five opponent in non-conference play since defeating Georgia Tech in 2009.

With the win, the Georgia Bulldogs improved to 8-3 in their first season under head coach Mike White. The Bulldogs’ next contest is on Wednesday, Dec. 21 at home at Stegeman Coliseum in Athens, Ga., against the Chattanooga Mocs. The game is set for 3:00pm ET and it will streamed via SEC Network+ and ESPN+.

Georgia will wrap up non-conference action at home on Wednesday, Dec. 28 against the Rider Broncos before opening SEC action the following week against the Auburn Tigers on Wednesday, Jan. 4 at Stegeman Coliseum.