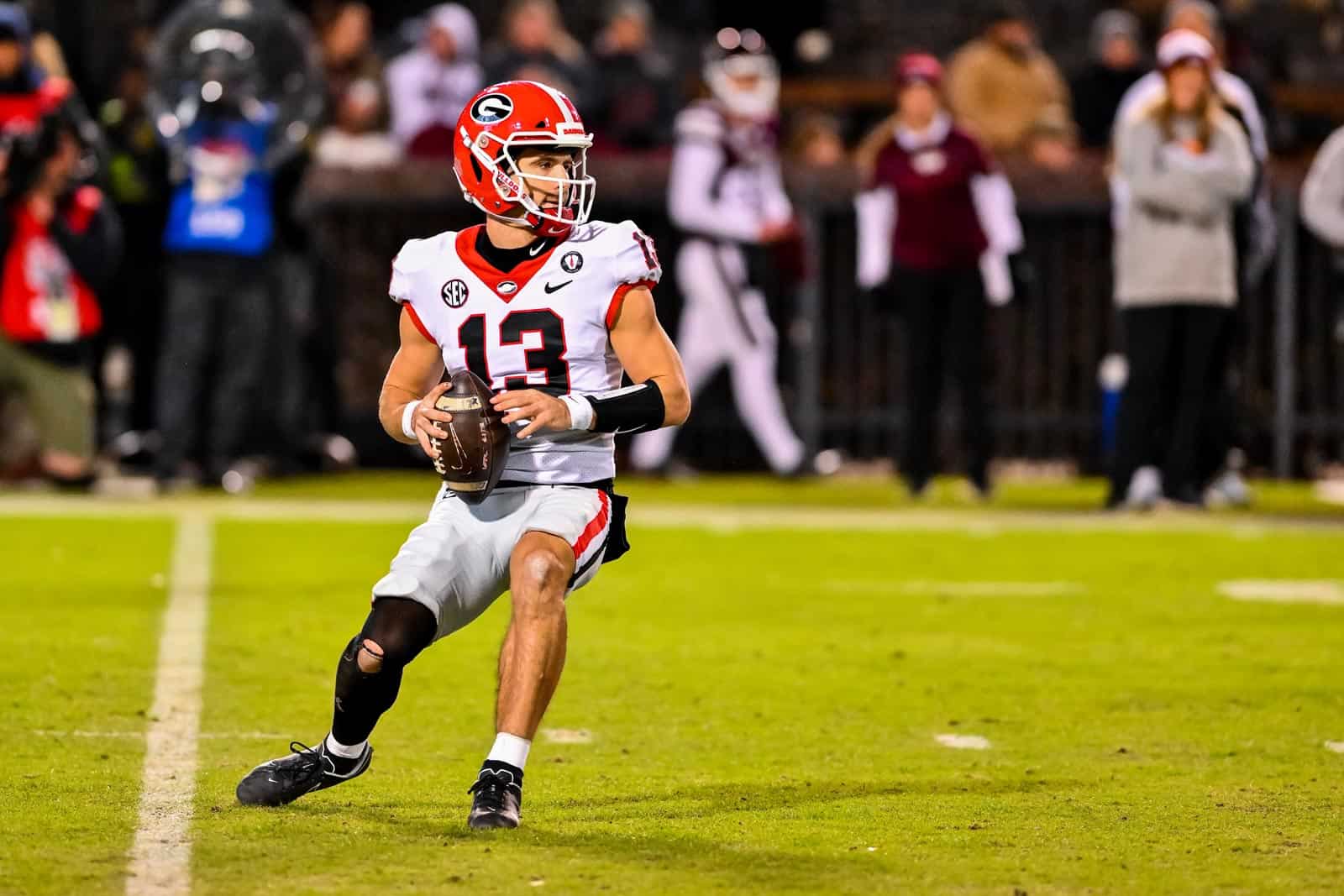 UGA football senior quarterback Stetson Bennett has been named one of three finalists for the 2022 Burlsworth Trophy, the Burlsworth Foundation announced on Tuesday.

The Burlsworth Trophy is an annual award presented to the most outstanding college football player who began his career as a walk-on. Purdue quarterback Aidan O’Connell and Troy linebacker Carlton Martial were also named as finalists.

Last season, Stetson Bennett guided the Georgia Bulldogs to a 33-18 College Football National Championship victory over the Alabama Crimson Tide. It was the first national championship for the Bulldogs since the 1980 season.

So far in 2022, Bennett has led the Bulldogs to a 10-0 record, including wins over Oregon and Tennessee. He has completed 223 of 329 passes for 2,895 yards and 14 touchdowns with only five interceptions. Bennett has also rushed 35 times for 144 yards and seven touchdowns.

The winner of the 2022 Burlsworth Trophy will be announced on Monday, Dec. 5 at 8:00pm ET at Crystal Bridges Museum in Bentonville, Ark.