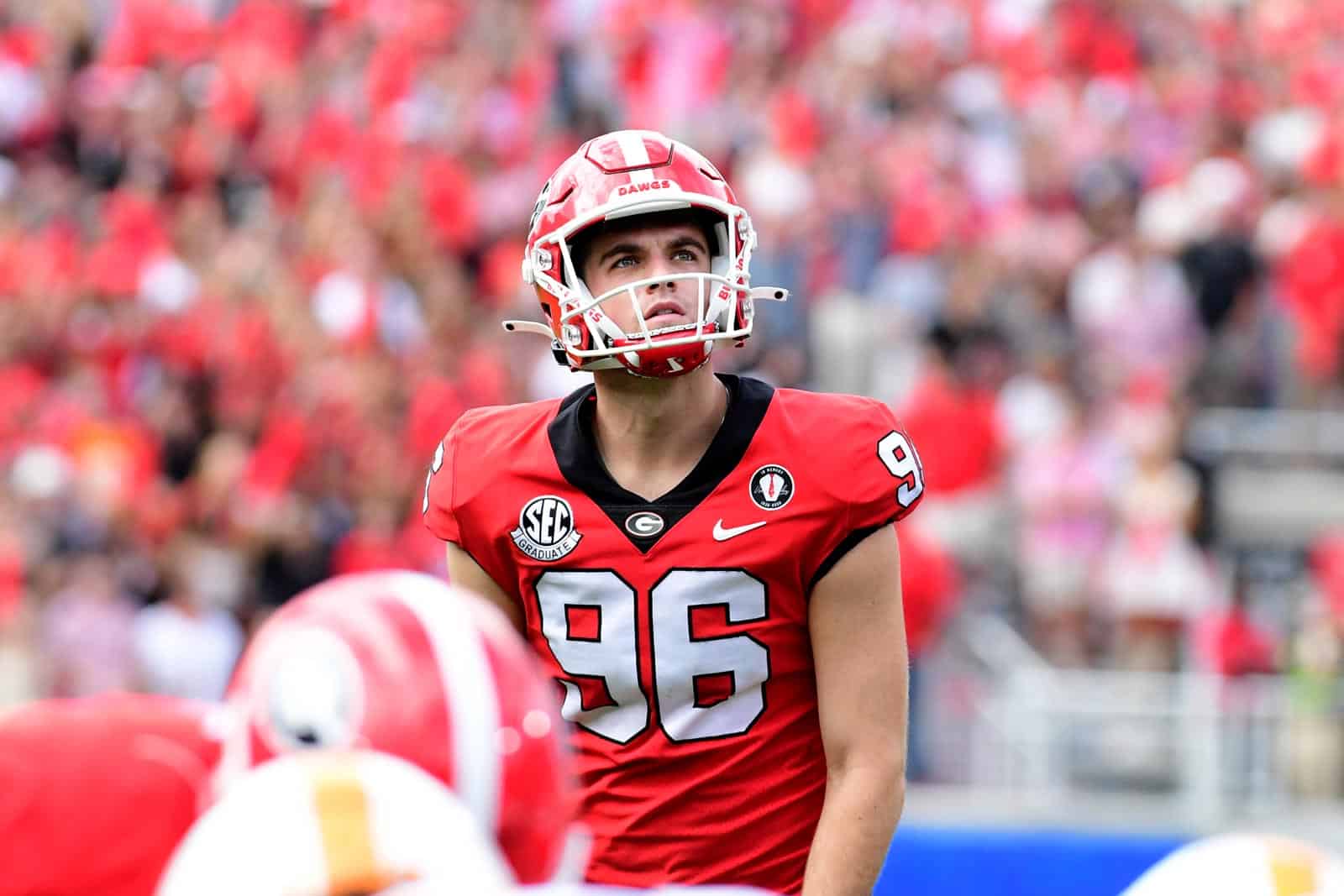 ATHENS, Ga. – Bulldog senior place-kicker Jack Podlesny has been named one of 20 semifinalists for the Lou Groza Award, according to announcement from the Palm Beach County Sports Commission Thursday.

Podlesny, a native of St. Simons Island, Ga., is one of three Southeastern Conference players on this year’s list after also being named a semifinalist in 2020.  Former Bulldog All-American Rodrigo Blankenship won the 2019 honor for being collegiate football’s top kicker.

Podlesny is the SEC co-leader and tied for second nationally at his position averaging 10.2 points per game.  He has drilled 16 of 18 field goals (89 percent), including a season-long kick of 42 yards, and hit all 44 of his PATs.  Podlesny’s 306 career points ranks sixth best in school history.  The two-time SEC Special Teams Player of the Week is also handling kickoffs and has 43 touchbacks this season.