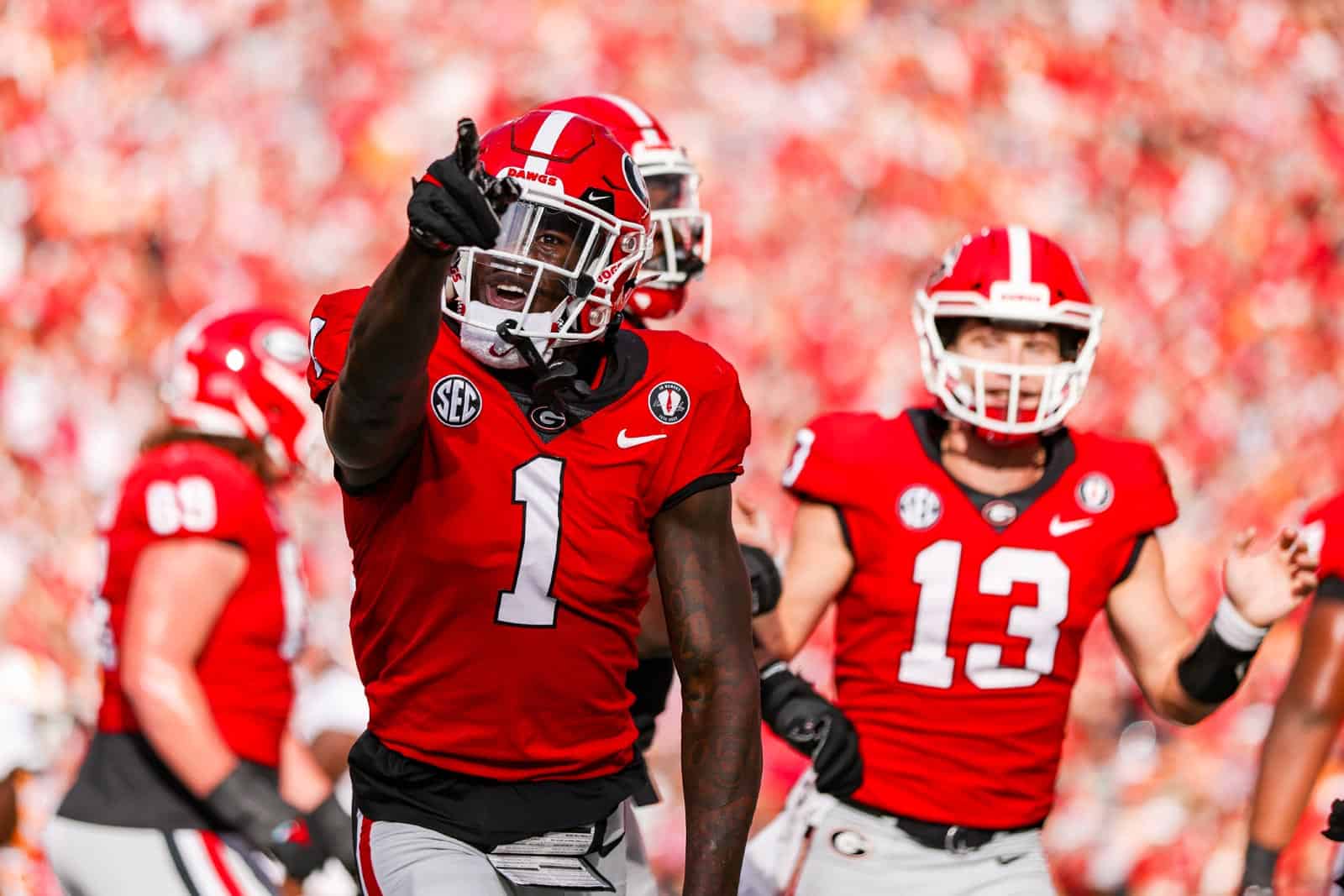 Georgia, previously ranked third, moved up to first after defeating the previously top-ranked Tennessee Volunteers 27-13 in Athens on Saturday. As a result of the loss, Tennessee dropped from first to fifth.

Ohio State is ranked second in the latest CFP rankings, with Michigan in third and TCU in fourth.

The Bulldogs have beaten two teams that are currently in the College Football Playoff rankings. In addition to beating Tennessee, Georgia crushed now No. 6 Oregon in their season-opener, 49-3, in Atlanta.

The Bulldogs are also ranked number one in the AP Poll and USA TODAY Sports AFCA Coaches Poll.

The College Football Playoff Selection Committee will release their Top 25 rankings each week on Tuesday through Nov. 29. Below is the schedule of dates (all times Eastern):

On Sunday, Dec. 4 at Noon ET, the College Football Playoff Selection Committee will announce the Playoff Semifinal pairings and semifinal bowl assignments. Those will be followed by the pairings for the remainder of the New Year’s Six bowl games.

The Georgia Bulldogs (9-0) are next scheduled to travel to face the Mississippi State Bulldogs at Davis Wade Stadium in Starkville, Miss., on Saturday, Nov. 12. The game will be televised by ESPN at 7:00pm ET (Buy Tickets).