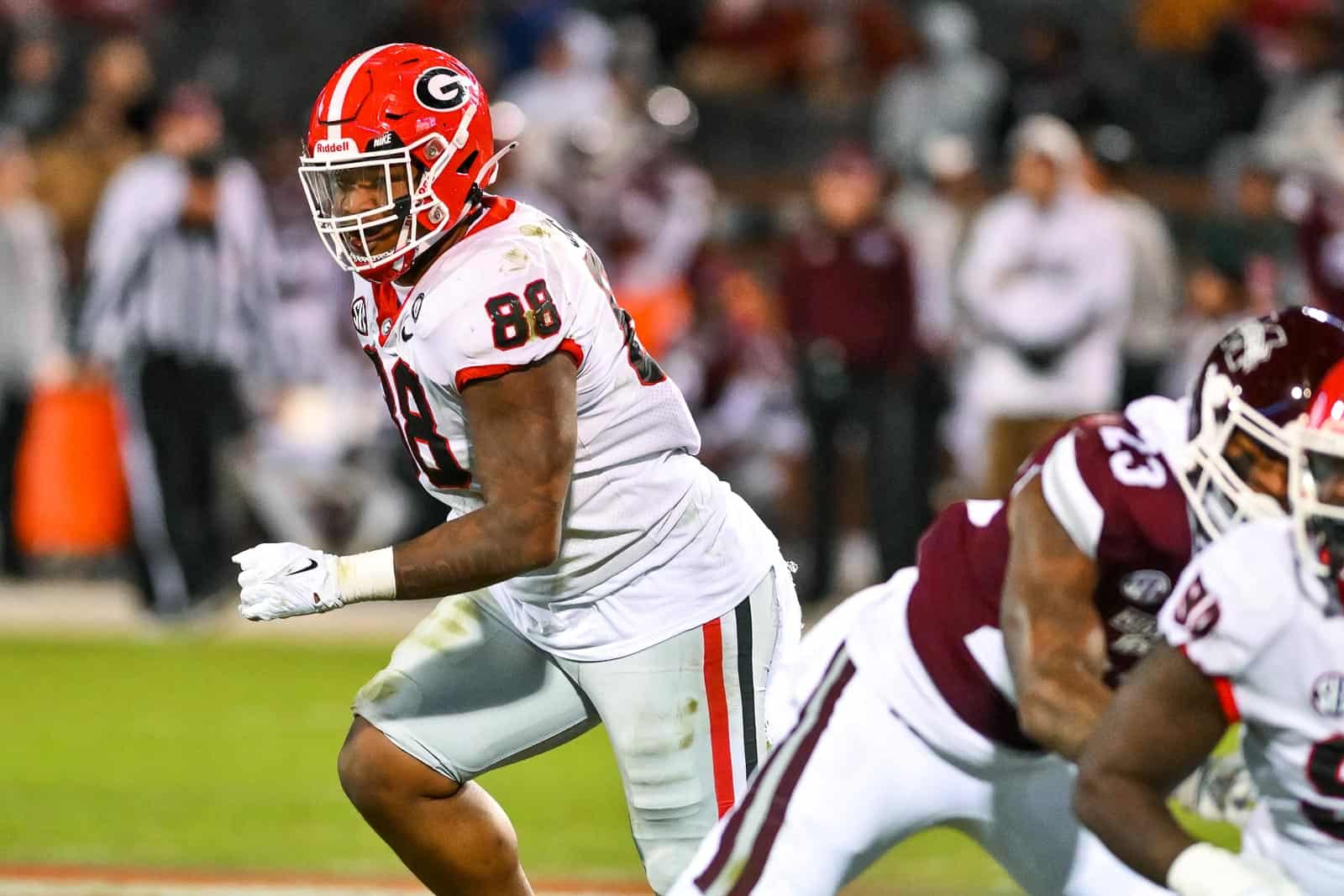 Carter, a native of Apopka, Fla., and Bowers, a native of Napa, Calif., are the first teammates selected as finalists for the award since 1999 (Penn State). Dating back to 1998 with Matt Stinchcomb’s selection as a finalist, the Bulldogs have had six finalists, including Carter and Bowers: David Pollack, 2003-04; Jarvis Jones, 2012. Pollack won the honor in 2004.

The winner of the 2022 award will be announced during a formal dinner and award ceremony on Dec. 7 at the Hilton of the Americas in downtown Houston.

Despite playing in only eight games and starting four this season, Carter has 17 stops, including 3.5 tackles for loss and two sacks, and has forced two fumbles. Over the last three games since returning to action (versus Florida, No. 1 Tennessee, at Mississippi State), Carter has accounted for 12 tackles, three TFLs, two sacks and a pair of forced fumbles. He has plugged the middle for a defense that is ranked second nationally in Scoring Defense (11.6 points/game), third in Red Zone Defense (67 percent) and fourth nationally in Rushing Defense (82.5 yards/game). Carter is also a Lott Trophy and an Outland Trophy semifinalist.

Bowers has picked up just where he left off during the Bulldogs’ run to the 2021 national championship. He leads Georgia with 615 yards and four touchdowns on 39 catches. The versatile Bowers also has four carries this season for 89 yards and has scored three times on the ground. He has been one of quarterback Stetson Bennett’s primary targets for an offense that is scoring 40.6 points/game (sixth nationally) and racking up 509.6 yards per contest (third nationally). Bowers is also a semifinalist for the Walter Camp National Player of the Year, the Mackey Award and Maxwell Award.