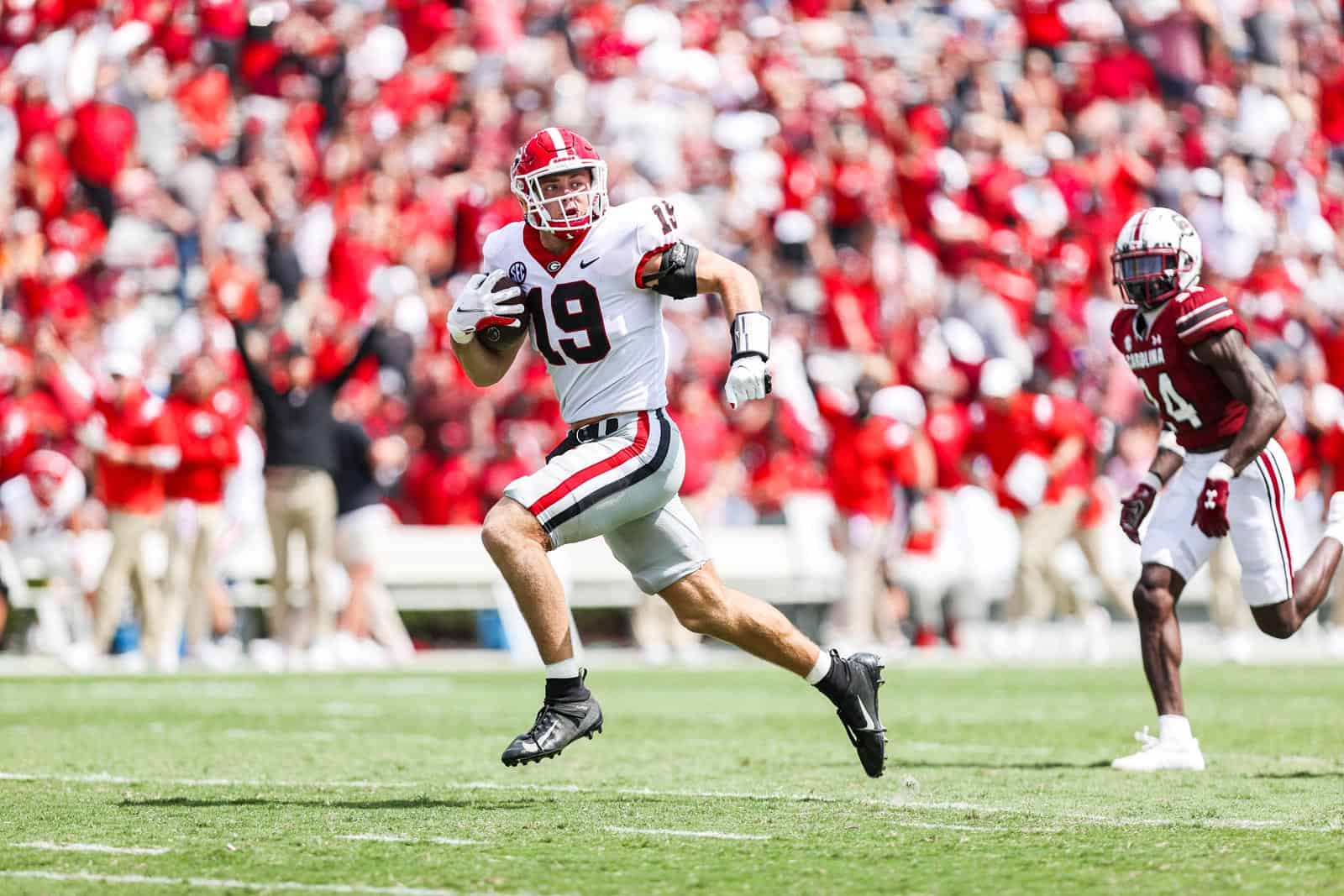 Bowers, a native of Napa, Calif., posted the fifth 100-yard receiving game of his career and scored three touchdowns in a game for the second time during the 48-7 rout at South Carolina.  He had a team-high five receptions for 121 yards and two scores, including a 78-yard touchdown catch that put Georgia up 31-0 in the third quarter.

Bowers also had a 5-yard rushing score for the game’s first points in the opening period.  This marked the second time in his career that he has tallied two receiving touchdowns and one rushing touchdown in the same game (2021, at Vanderbilt).

Georgia plays host to Kent State (1-2, 0-0 MAC)) in Athens on Dooley Field at Sanford Stadium on Saturday.  Kickoff is scheduled for 12 p.m. and the SEC Network+/ESPN+ will stream the matchup.