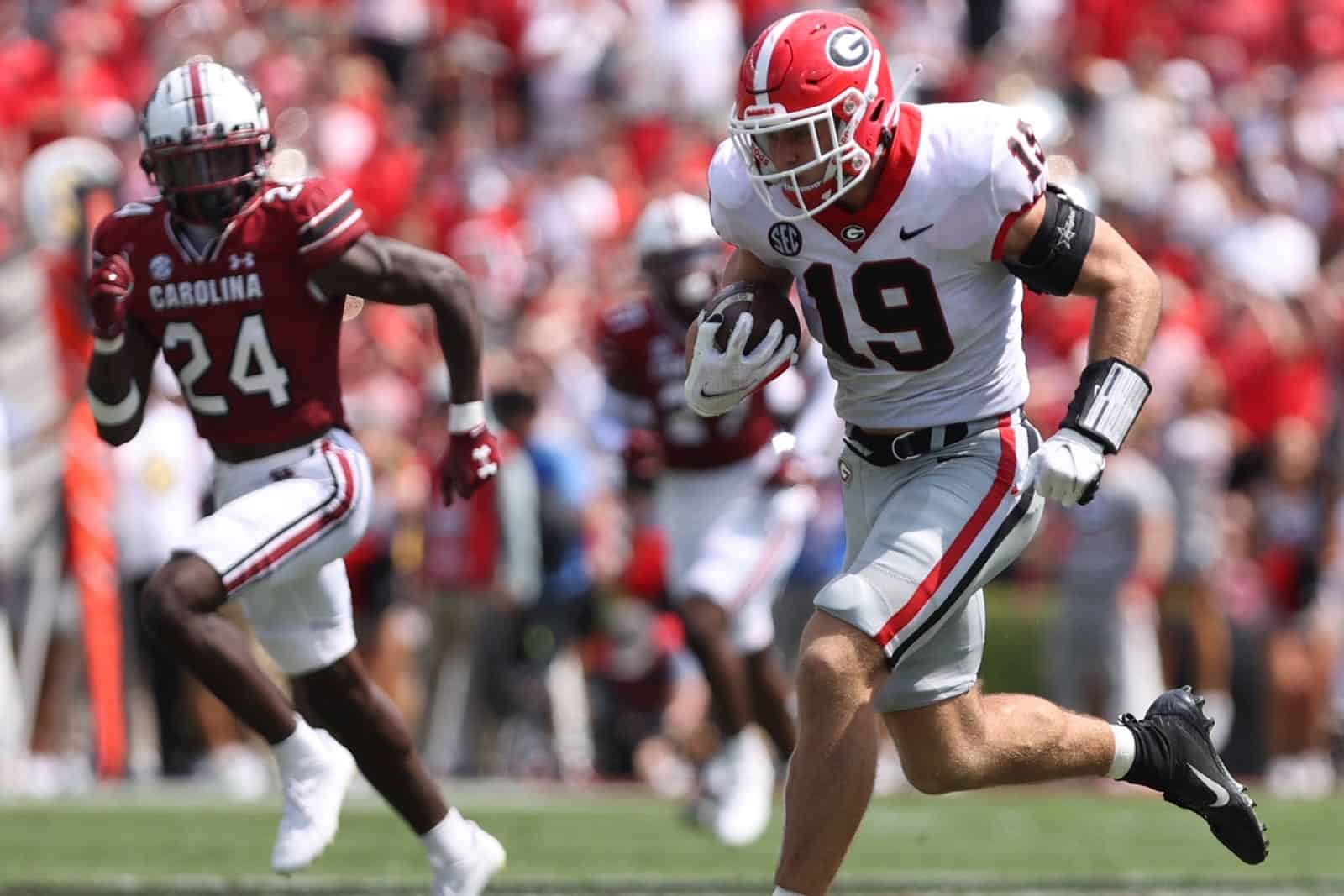 UGA football sophomore tight end Brock Bowers has been named the SEC Offensive Player of the Week for Week 3 of the 2022 season, the SEC announced on Monday.

Brock Bowers was named SEC Offensive Player of the Week after leading the Bulldogs with five receptions for 121 yards and two touchdowns in a 48-7 rout on the road against the South Carolina Gamecocks. Bowers also scored a touchdown on a five-yard rush in the first quarter.

This is the first SEC weekly honor for Bowers this season. Brock Bowers, a native of Napa, Calif., earned Freshman of the Week and Player of the Week honors last season during Georgia’s national championship run.

The top-ranked Georgia Bulldogs (3-0) are next scheduled to host the Kent State Golden Flashes at Dooley Field at Sanford Stadium in Athens, Ga., on Saturday, Sept. 24. The game will be a streaming-only event on SECN+ and ESPN+ at noon ET (Buy Tickets).