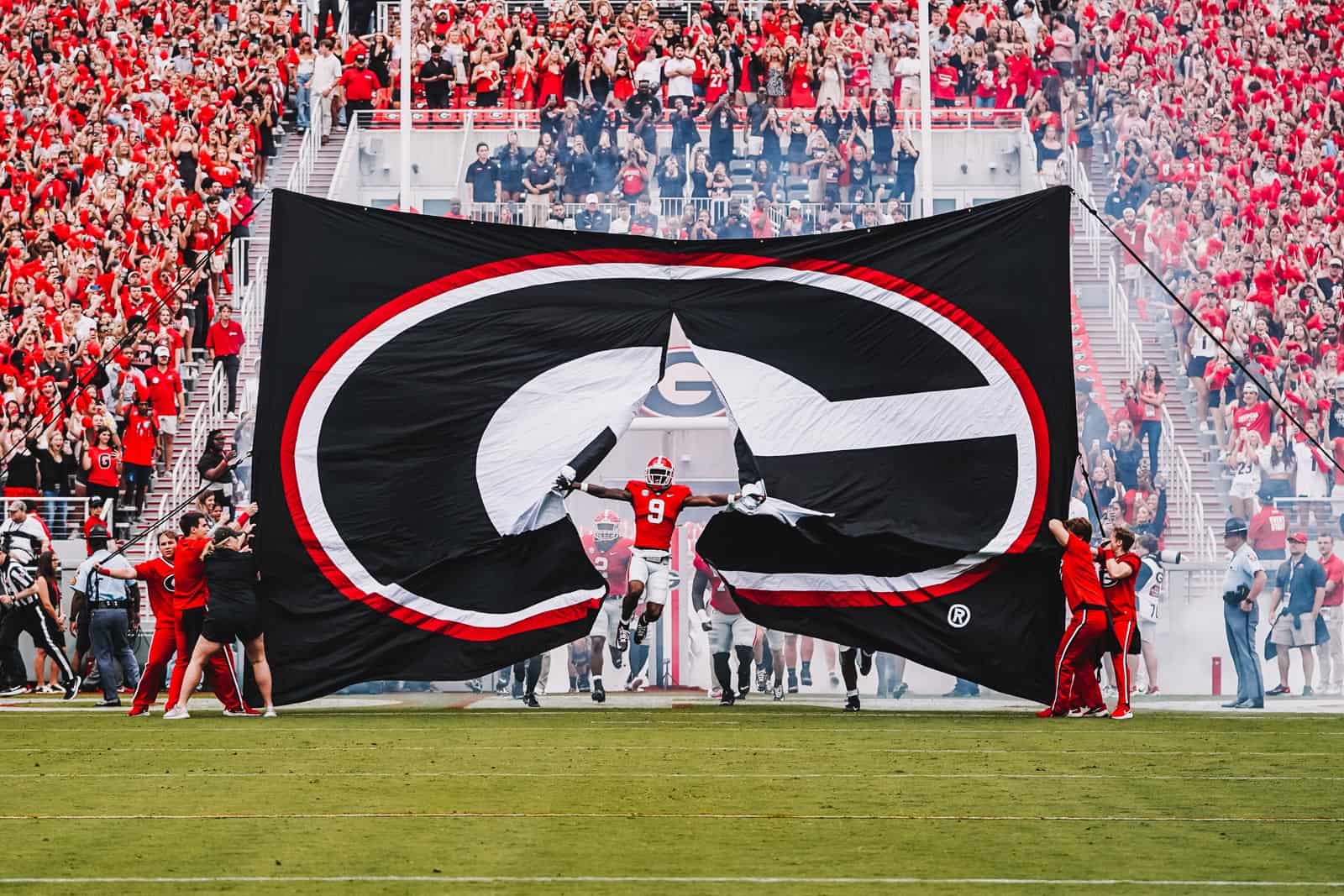 The 2023 Georgia Bulldogs football schedule has been officially announced, which features seven contests at Sanford Stadium.

UGA is scheduled to open the 2023 season with back-to-back non-conference contests at home at Dooley Field at Sanford Stadium in Athens, Ga., beginning with the UT Martin Skyhawks on Saturday, Sept. 2 and followed by the Ball State Cardinals on Saturday, Sept. 9.

Georgia was previously scheduled to play at the Oklahoma Sooners on Sept. 9, 2023, but the game was canceled by the SEC because the return game in Athens was not scheduled until the 2031 season and the Sooners would be members of the SEC by that time.

The Bulldogs are scheduled to open SEC action in 2023 on Saturday, Sept. 16 at home against the South Carolina Gamecocks.

The following week on Sept. 23, Georgia will return to non-conference action when they host the UAB Blazers at Sanford Stadium.

SEC play for the Bulldogs resumes on Saturday, Sept. 30 with a trip to the plains to take on the Auburn Tigers in the Deep South’s Oldest Rivalry. The Kentucky Wildcats visit Athens on Saturday, Oct. 7 before Georgia travels to take on the Vanderbilt Commodores in Nashville on Oct. 14, which is followed by their only open week of the season on Oct. 21.

The Bulldogs will be the visiting team in 2023 against the Florida Gators at TIAA Bank Field in Jacksonville, Fla. That game is scheduled for Saturday, Oct. 28.

Following the trip to Jacksonville, Georgia hosts consecutive games in Athens against the Missouri Tigers on Nov. 4 and the Ole Miss Rebels on Nov. 11. The Bulldogs then close out SEC play on the road against the Tennessee Volunteers on Nov. 18.

Georgia closes out the 2022 regular-season at home at Sanford Stadium against the in-state rival Georgia Tech Yellow Jackets on Nov. 25.

The 2023 SEC Championship Game will be played on Saturday, Dec. 2 at Mercedes-Benz Stadium in Atlanta, Ga.

Below is Georgia’s complete schedule for the 2023 season, plus a link to their schedule page which will be updated with kickoff times and TV as they are announced: