The University of Georgia Athletic Association and head football coach Kirby Smart have agreed to a contract extension through the 2031 season. 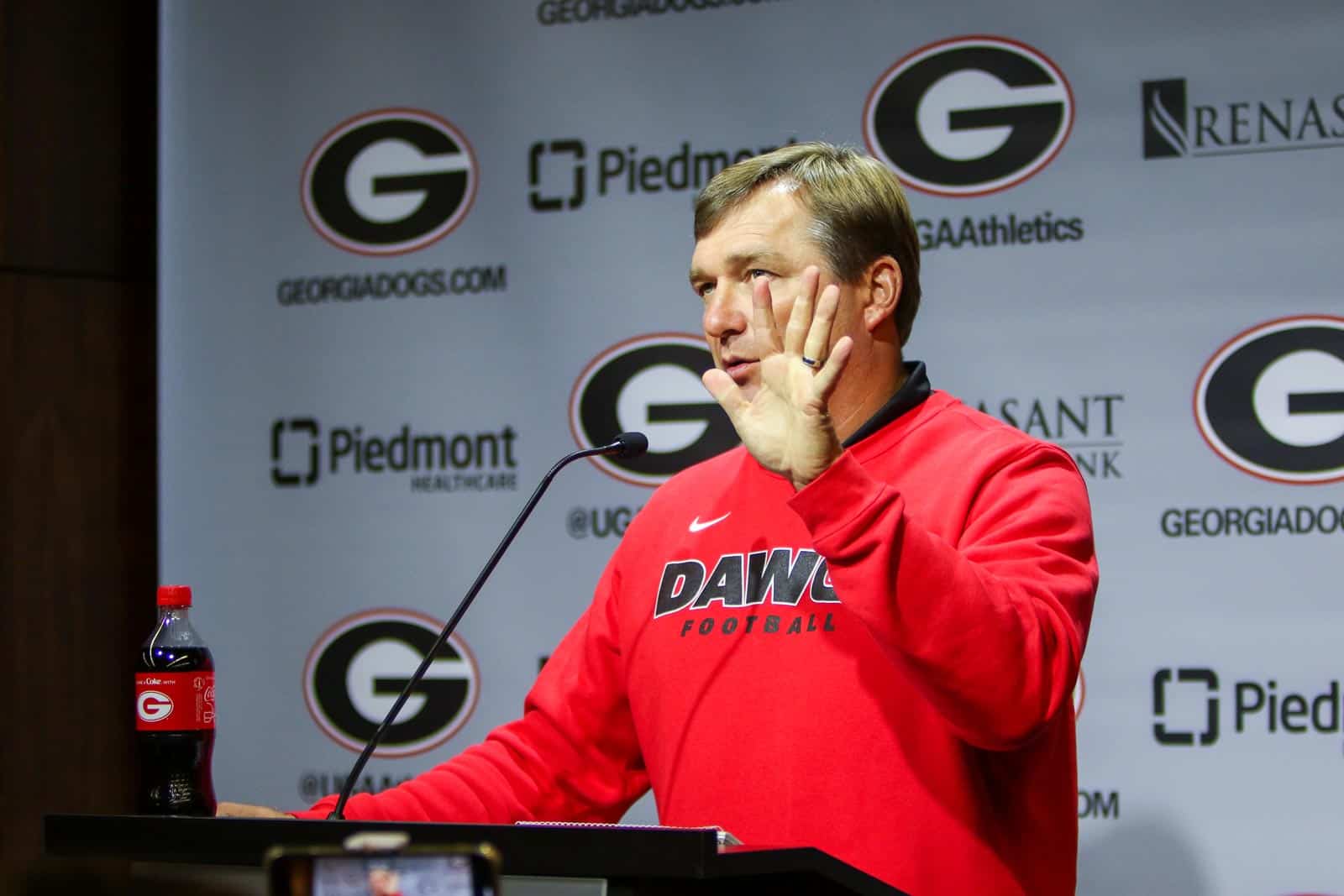 ATHENS, Ga. — The University of Georgia Athletic Association and head football coach Kirby Smart have agreed to a contract extension through the 2031 season.

“Coach Smart’s impact on the University of Georgia extends far past his significant accolades as our head football coach,” J. Reid Parker Director of Athletics Josh Brooks said. “He and his wife are Bulldogs through and through, and it is evident that Athens and UGA mean as much to him as he means to us. I am excited for our football program’s continued success under his direction.  The future of Georgia Football remains bright with Coach Smart as its steadfast leader.”

“I am pleased that Coach Smart has made a long-term commitment to the University of Georgia,” said President Jere W. Morehead. “I look forward to seeing his continued success with the Georgia Bulldogs for many years to come.”

In his six seasons at the helm of Georgia Football, Smart has led the Bulldogs to the 2021 College Football Playoff National Championship, a 2018 CFP title game appearance, the 2017 Southeastern Conference Championship, four SEC Eastern Division crowns, 66 wins and six bowl game victories. Smart has been named SEC Coach of the Year twice since being hired in December of 2015, as well as coached 11 first round NFL draft picks and 45 overall.

“Mary Beth, my family & I are excited and grateful for the extension of my agreement with The University of Georgia. This is home for us, our roots run deep here. My commitment to this University and our Football program is unwavering,” said head football coach Kirby Smart.  “I’m thankful to President Jere Morehead and Josh Brooks for their continued support of Georgia Football.  It’s an honor being the head football coach at the University of Georgia, and while I’m certainly proud of what we’ve been able to accomplish, I’m confident the best is yet to come!”