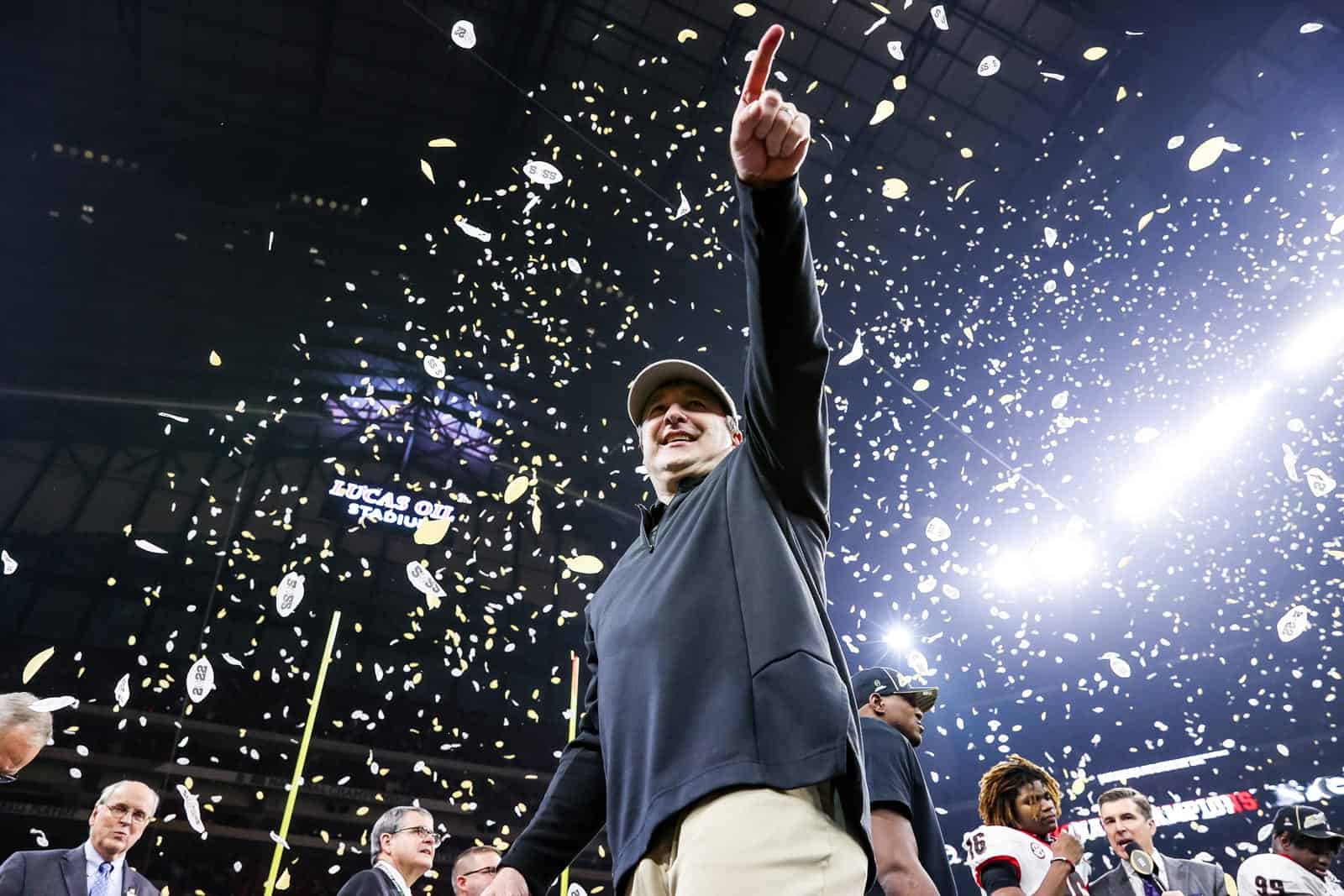 UGA football head coach Kirby Smart has been named to the 2022 Dodd Trophy Watch List, the Bobby Dodd Coach of the Year Foundation and Chick-fil-A Peach Bowl have announced.

In his six seasons as head coach of the Bulldogs, Kirby Smart is 66-15 and 40-9 in Southeastern Conference play. Last season, he led the Bulldogs to a victory over Alabama in the 2021 College Football Playoff National Championship.

“College football has seen many changes in recent years, but all of these coaches have held true to our award’s three pillars of scholarship, leadership and integrity,” said Jim Terry, chairman of the Bobby Dodd Coach of the Year Foundation. “What separates The Dodd Trophy and truly makes it the most coveted coach of the year award, is our commitment to recognizing all that these coaches do, not only on the football field, but in the classroom and throughout their communities as well. This is why we require coaches to have at least two years of experience leading their current programs, so that they have had time to establish a precedent, both on and off the field.”

“Never has strong leadership been more imperative than it is now in our sport,” said Peach Bowl, Inc. CEO & President Gary Stokan. “Each of these coaches have continued to find success and navigate an ever-evolving college football landscape to lead their student athletes to new heights both on the football field and in the classroom.”