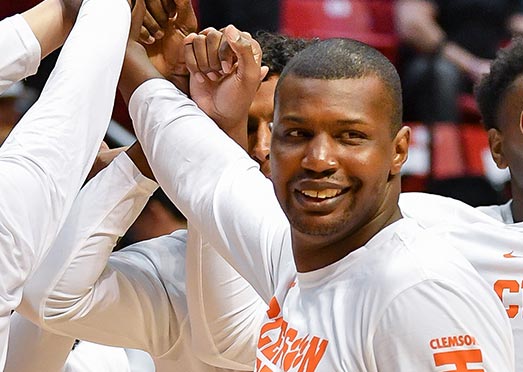 From his time as a standout post player at one of Georgia’s premier high school programs to the anchor of the winningest class in his college alma mater’s history to stops throughout his coaching career, Reynolds Dean’s career has consistently featured winning teams and postseason play.

“I’m thrilled to welcome Antonio home to Georgia,” White said. “There is a common thread throughout every step of Antonio’s basketball career – winning. As a player, he and his teams excelled at the high school, collegiate and professional levels. He was a two-time all-state player at Douglass High, one of the Georgia’s traditional powerhouse programs, and a hall-of-famer at Rhode Island, where he led URI to three NCAA Tournaments including an Elite Eight. His reputation as a winner has been further solidified during his coaching career as he consistently helped produce teams that play into the postseason. Equally important, Antonio is universally regarded as an excellent recruiter who develops his players. Everywhere he’s coached, he’s signed major contributors and developed all-conference post players.”

“I’m extremely excited,” Reynolds Dean said. “I’ve coach all around the country for various years, and there is nothing that would excite me more than coaching in my home state at the University of Georgia. I am overcome with joy because I’m a competitor and I can’t wait to join with Coach White and his staff in the mission to restore the tradition of Georgia Basketball. I am grateful that Coach White has given me this opportunity and can’t wait to get started. Go Dawgs!”

In his first season at Clemson, the Tigers equaled the school record for victories, posting a 25-10 mark and advancing to the “Sweet 16” round of the 2018 NCAA Tournament for the first time in more than two decades. Clemson reached the NIT’s round of 16 and finished 20-14 in 2019, just the sixth time in school history the Tigers recorded back-to-back 20-win campaigns. Clemson earned another invitation to “March Madness” in 2021 when the Tigers tied for fifth in the ACC standings.

Individually, the Tigers’ post players thrived under Reynolds Dean. In 2020, Aamir Simms averaged career-highs of points (13.0) and rebounds (7.2) and led the Tigers in points, rebounds, assists and blocks as a junior. He repeated leading Clemson in points (13.4 ppg), rebounds (6.4 rpg) and assists – the only player ever in ACC history to do so twice – in 2021. Elijah Thomas, another standout under Reynolds Dean, was named to the ACC’s All-Defensive team in 2018 and 2019 after leading the Tigers in blocks both seasons. P.J. Hall is another success story, upping his scoring average from 3.5 ppg as a freshman to 15.5 ppg as a sophomore in 2021-22.

Reynolds Dean spent two years as an assistant coach at Rhode Island, where he also was one of the Rams’ greatest players ever. In his final season on the staff, the Rams finished 25-10 overall and won the Atlantic-10 Tournament title, their first since his Reynolds Dean’s senior year in 1999. The Rams then defeated Creighton in the NCAA Tournament before falling to Oregon, an eventual Final Four participant, 75-72 in the round of 32.

While Reynolds Dean was at Rhode Island, he worked with Hassan Martin, who was named Atlantic 10 Defensive Player of the Year in both 2016 and 2017.

Prior to his stint at Rhode Island, Reynolds Dean was an assistant coach at the College of Charleston for the 2014-15 season and at Northeastern for five campaigns from 2009-14. During his tenure with the Huskies, Reynolds Dean helped lead Northeastern to the 2013 CAA regular-season title and bids to the 2010 and 2013 NITs. He spent the 2008-09 season at Fairfield as the Director of Basketball Operations following a successful professional playing career.

As a player, Reynolds Dean was a two-time all-state performer at Atlanta’s Douglass High. He averaged a double-double during each of those seasons, scoring 24.6 points and 15.5 rebounds as a senior after contributing 23 points and 13 boards as a junior.

Reynolds Dean enjoyed a standout career at Rhode Island, where he was the 1996 Atlantic 10 Rookie of the Year and an All-Atlantic 10 selection in 1999. He helped lead the Rams to 85 wins over four seasons, including a then-school record 25 victories in 1998. Rhode Island earned three NCAA Tournament bids during his career, highlighted by a trip to the 1998 “Elite Eight.”

A 2015 inductee into the URI Athletic Hall of Fame, he is the only person in Rhode Island men’s basketball history to play on and coach for an Atlantic 10 Conference championship team. Reynolds Dean became just the third player in school history to record 1,000 points and rebounds during his career. Among the Rams’ career statistical leaders, Reynolds Dean wrapped up his career as the school record holder for games played (131) and also ranked No. 9 in points (1,576), No. 3 in rebounds (1,028), No. 2 in blocked shots (235).

Professionally, Reynolds Dean averaged 18.7 points and and a league-leading 12.2 rebounds per game in one season with the Dakota Wizards of the International Basketball League (IBL) in 1999-2000. After being named the IBL’s Rookie of the Year in 2000, he then played eight seasons overseas in Spain and Argentina before retiring.

Reynolds Dean earned his bachelor’s degree in education with an emphasis in human development and family studies from Rhode Island in 1999. In 2012, he added a master’s degree in sports leadership from Northeastern.