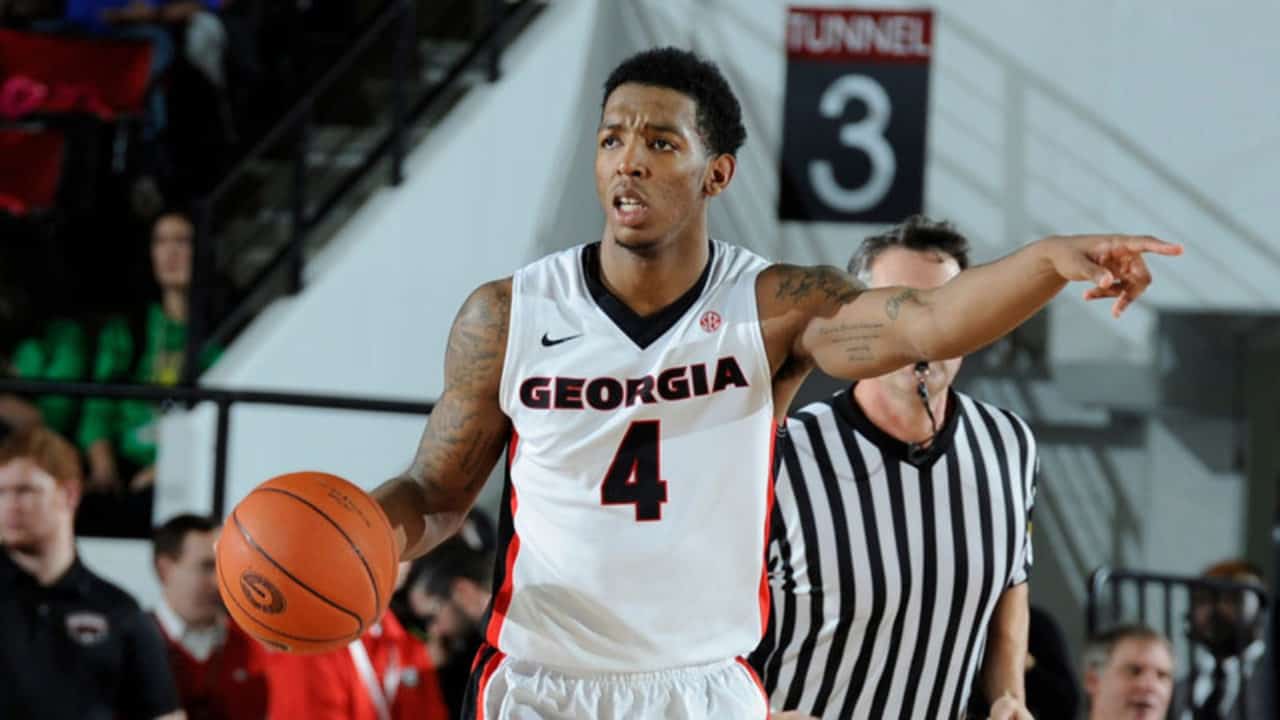 ATHENS, Ga. – Charles Mann, one of the most successful players in Georgia Basketball history, will return to his alma mater to serve as the Bulldogs’ Director of Recruiting, head coach Mike White announced on Tuesday.

“Charles knows what it takes to be a successful student-athlete at this level,” White said. “He is extremely proud to be a Georgia Bulldog and in many ways has lived the experience we want for all of our players. I’m excited to welcome him home and am confident he’ll make a major impact within our program.”

“It’s a surreal feeling that still seems like a dream to me,” Mann said. “Coming back home means more than anything. It’s not just the next job for me – it’s my dream job. Putting that ‘G’ across my chest is a blessing because without “The University of Georgia” there is no Charles Mann. I know I’m super blessed to be able work with a guy like Coach White and the staff. These guys will have this place rolling again like we had it. You can win at Georgia at a high level. I’ve done it. It starts with the right people and the mindset. I’m super excited for the Mike White era! Georgia sports compete for championships, why not Georgia Basketball?”

Mann returns to Athens after spending the previous three seasons at Army and Virginia Commonwealth.

Last season, Mann served as an assistant coach for the Cadets, who finished 15-16 overall and 9-9 in the Patriot League. While there he assisted with Army’s guards and aided the development of Jalen Rucker. After averaging 9.6 points as a freshman, Rucker increased his production to 17.1 ppg this season and ranked fourth in the Patriot League in scoring, as well as second in 3-pointers per game, seventh in free throw percentage, ninth in assists and 11th in assist-to-turnover ratio.

Mann was a graduate assistant at VCU during the 2019-20 and 2020-21 seasons. During that time, the Rams compiled a 37-20 record and earned an at-large bid to the 2021 NCAA Tournament after finishing second in the Atlantic-10 regular-season standings and reaching the championship game of the A-10 Tournament.

Mann played professionally before moving into the coaching ranks. He was selected by the Oklahoma City Blue in the second round of the 2016 NBA G-League Draft before opting to compete internationally. Mann played for the Cape Breton Express in Canada’s NBL in 2016-17 and the beginning of the 2017-18 season before moving to Europe to play for AB Contern in Luxembourg. After averaging 15.0 points and 3.0 assists with Cape Breton as a rookie, Mann averaged 15.9 points and 5.7 rebounds per game for Contern, including three 20-point outings and pair of double-doubles.

Collegiately, Mann moved into Georgia’s starting lineup during his freshman season and was a mainstay there throughout his career. All told, he started 106 of 132 games, including 98 of 100 outings over his final three seasons. The Bulldogs reached the 20-win plateau in each of those seasons, just the second time Georgia accomplished that milestone.

Mann was named to the SEC’s All-Freshman team in 2013 and was tabbed second-team All-SEC by league coaches in 2014. He was also the Bulldogs’ first-ever, two-time preseason first-team All-SEC selection.

Mann owns the Bulldogs’ career records for free throws made (618) and attempted (896) and was one of the most prolific players ever in the SEC at getting to the line. He ranks second in league history in trips to the charity stripe – behind only “Pistol” Pete Maravich. Mann also finished his career ranked No. 13 among Georgia’s career scoring leaders with 1,411 points, as well as No. 5 in assists with 400.

Mann helped Georgia reach postseason play three times, with a trip to the 2015 NCAA Tournament sandwiched between bids to the NIT in 2014 and 2016. Mann played some of his best basketball for the Bulldogs during the postseason, averaging 19.4 points over six NCAA and NIT contests including a career-high 29 versus Vermont in 2014.

Originally from Queens, N.Y., Mann moved to the Atlanta area when he was in middle school. He was a three-time All-State performer in high school, earning second-team honors in Class 5A as a senior at Milton High after securing honorable mention status in Class 4A as a sophomore and junior at Union Grove High. As a senior, Mann helped Milton capture the 2012 Georgia 5A state title and a consensus top-10 finish nationally with a 28-4 record.

Mann earned his bachelor’s degree in housing management and policy from Georgia in 2016 and added a master’s in education for sports leadership from VCU in 2021.