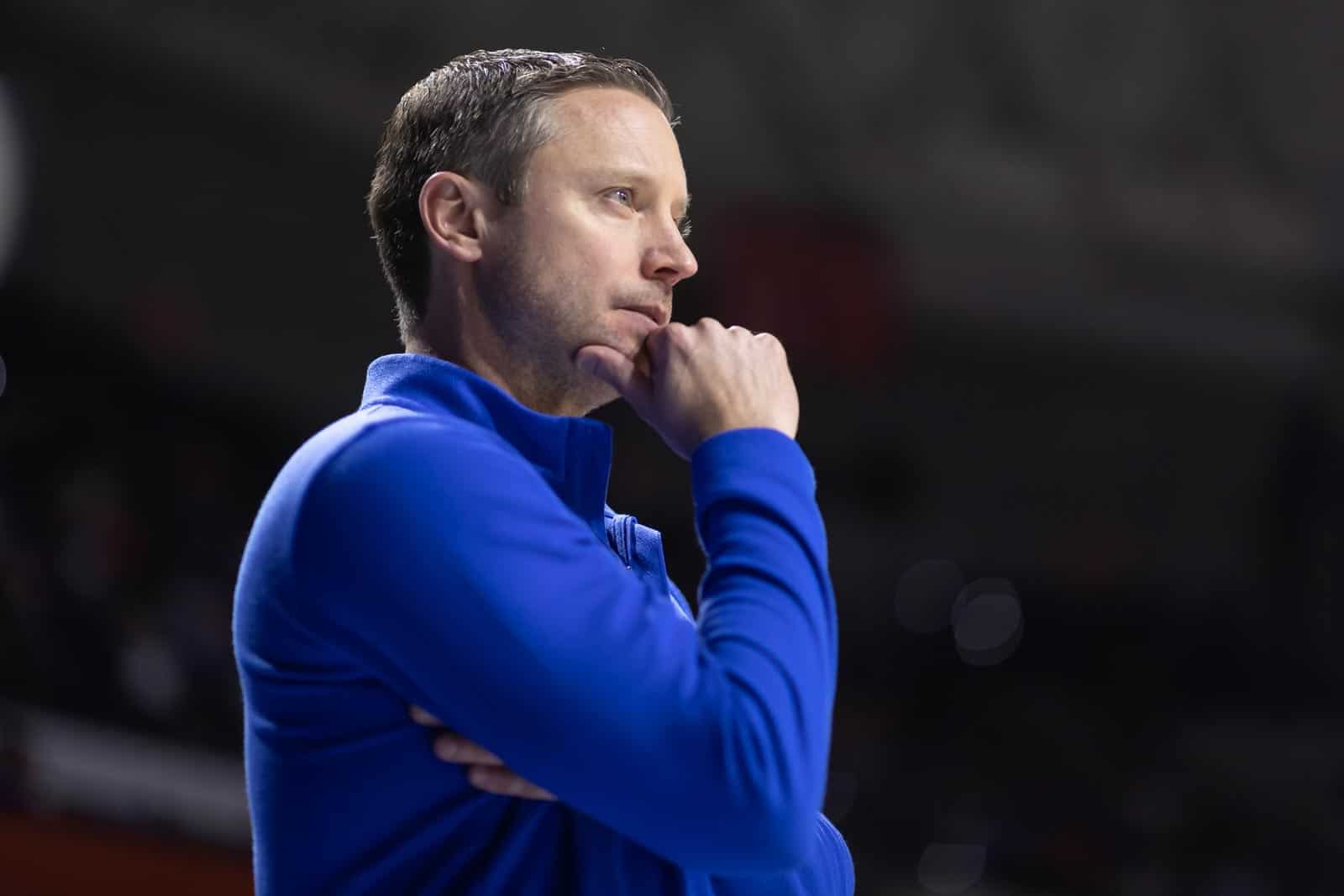 ATHENS, Ga. — Mike White, who has averaged more than 22 wins per season in 11 campaigns as head coach at Florida and Louisiana Tech, has been named the 23rd head men’s basketball coach of the Georgia Bulldogs. Josh Brooks, UGA’s J. Reid Parker Director of Athletics, announced White’s hiring on Sunday.

“We are extremely excited to welcome Mike White and his family to Athens,” said Brooks. “We have witnessed Coach White to be a leader of men, as well as a proven winner with an impressive postseason body of work. We want to compete for national success in all 21 of our sports, and we believe that he is the coach that can build Georgia Basketball to a consistent winner on the collegiate basketball landscape.”

“We are thrilled to welcome a coach with Mike White’s integrity, character and competitive excellence to the University of Georgia,” said Jere W. Morehead, University of Georgia President. “He has been a leader throughout his extensive head coaching experience at Florida and Louisiana Tech, and we are confident that he will make a positive impact on UGA student-athletes and our campus community.”

White’s teams have advanced to postseason play during eight of 10 possible seasons. He has spent the past seven seasons at Florida, compiling a 142-88 record and leading the Gators to five postseason bids including four NCAA appearances. In four campaigns at Louisiana Tech between 2011-15, White was 101-40, and the Bulldogs won a trio of conference regular-season titles and advanced to three NITs.

“I am beyond excited for the opportunity to lead the men’s basketball program at the University of Georgia,” White said. “President Jere W. Morehead and Athletics Director Josh Brooks are united in a strong vision for UGA Basketball which resonated with me deeply. They believe, as I do, in developing our young men as students, athletes and leaders, as well as providing them with the support they need to be successful. I believe in the limitless future of Georgia Basketball.

“I am extraordinarily grateful to the leadership of Scott Stricklin and to the entire Florida Athletics staff for an amazing experience during my tenure,” White continued. “Thank you to each and every one of our current and former players. Your hard work, commitment and dedication was and continues to be an inspiration. I will cherish our relationships forever. In addition, the Gainesville community has been wonderful to my family and I. We are truly thankful for our time at the University of Florida.

“To the Georgia Basketball family, friends and fans, I’m ready to get to work. Go Dawgs!”

Florida has earned five consecutive postseason bids under White, reaching the 2016 NIT quarterfinals and earning four consecutive NCAA bids from 2017-21. The Gators, who advanced to the Elite Eight in 2017, are the only SEC team and one of just 12 nationally to reach each of the last four editions of “March Madness.” Florida is one of only six schools to win a game in each of the last four NCAA Tournaments. White was voted SEC Coach of the Year by both league coaches and the Associated Press in 2017, and eight different Gators have earned All-SEC honors a combined nine times during his tenure.

White came to Louisiana Tech as a 35-year-old after spending seven seasons (2004-11) as an assistant coach at Ole Miss, his alma mater, where he developed a reputation as one of the top assistant coaches in the country. White helped lead the Rebels to four NIT berths, including two runs to the NIT Final Four, and SEC West titles in 2007 and 2010. White also spent four years at Jacksonville State from 2000-04, three as an assistant coach and the final season as associate head coach.

White was a four-year starter at Ole Miss and helped the Rebels to a pair of SEC West Division titles, three NCAA Tournament appearances and the school’s first-ever NCAA Tournament victory. White excelled off the court as well, earning a spot on two SEC Academic Honor Rolls and being named to the 1999 SEC Good Works Team.

White is married to the former Kira Zschau. The couple has two daughters, Rylee and Maggie; twin boys, Collin and Keegan; and another son, Dillon.