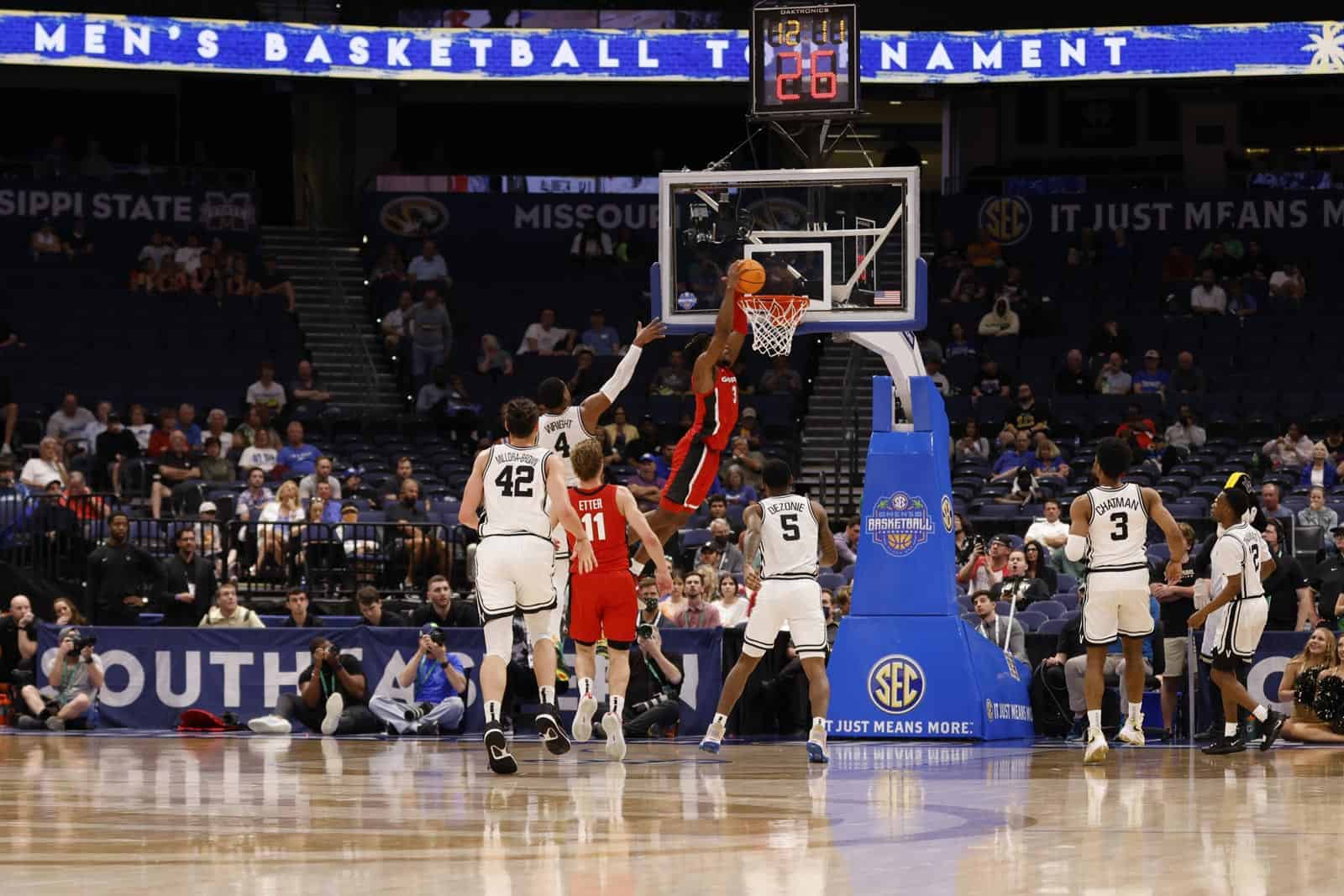 TAMPA, Fla. – The University of Georgia men’s basketball team closed out its season with an 86-51 loss to Vanderbilt in the first round of the 2022 SEC Men’s Basketball Tournament Wednesday evening before 7,121 spectators at Amalie Arena.

Senior Braelen Bridges led Georgia (6-26, 1-17 SEC) with a double-double, tallying 15 points and hauling in 11 rebounds. Sophomore Kario Oquendo scored 11 points, while senior Noah Baumann pitched in with 10 points. For the evening, the Bulldogs shot 29.8 percent from the field.

“I think the biggest thing that hurt us was our lack of scoring early,” said Georgia head coach Tom Crean following the game. “It has hurt us throughout the year. When we don’t score, we’re not quite the same on the defensive end…We got to the foul line a little too late in the first half. Once we did, we got there quickly. It just took too long to get to that place, and then, our lack of offense really affected us.”

Scoring was limited for both teams in the early going, with a pair of Bridges layups making the score 4-4 at the first media break, a margin that would hold for nearly three minutes. After an Oquendo dunk at the 12-minute mark, Vanderbilt (16-15, 7-11 SEC) ran off a 21-2 run to take control of the contest, powered primarily by junior guard Scotty Pippen, Jr. The rest of Georgia’s scoring for the half came at the foul line from Oquendo and Bridges as Vanderbilt took a 35-14 lead into the half.

As the second half opened, Georgia’s offense was more aggressive as Oquendo drew a foul on the first possession, followed by Bridges breaking the field goal drought. However, Vanderbilt’s outside shooting bolstered their lead, connecting on five threes in the first 10 minutes of the period. The Bulldogs continued to reach the free throw line, converting on seven straight foul shots near the midway mark.

With the contest drawing to a close, Georgia slightly narrowed the final margin, beginning with layups from graduate Aaron Cook and Bridges. After four straight points from Bridges, Baumann connected on a three and added in a layup to finish the scoring.