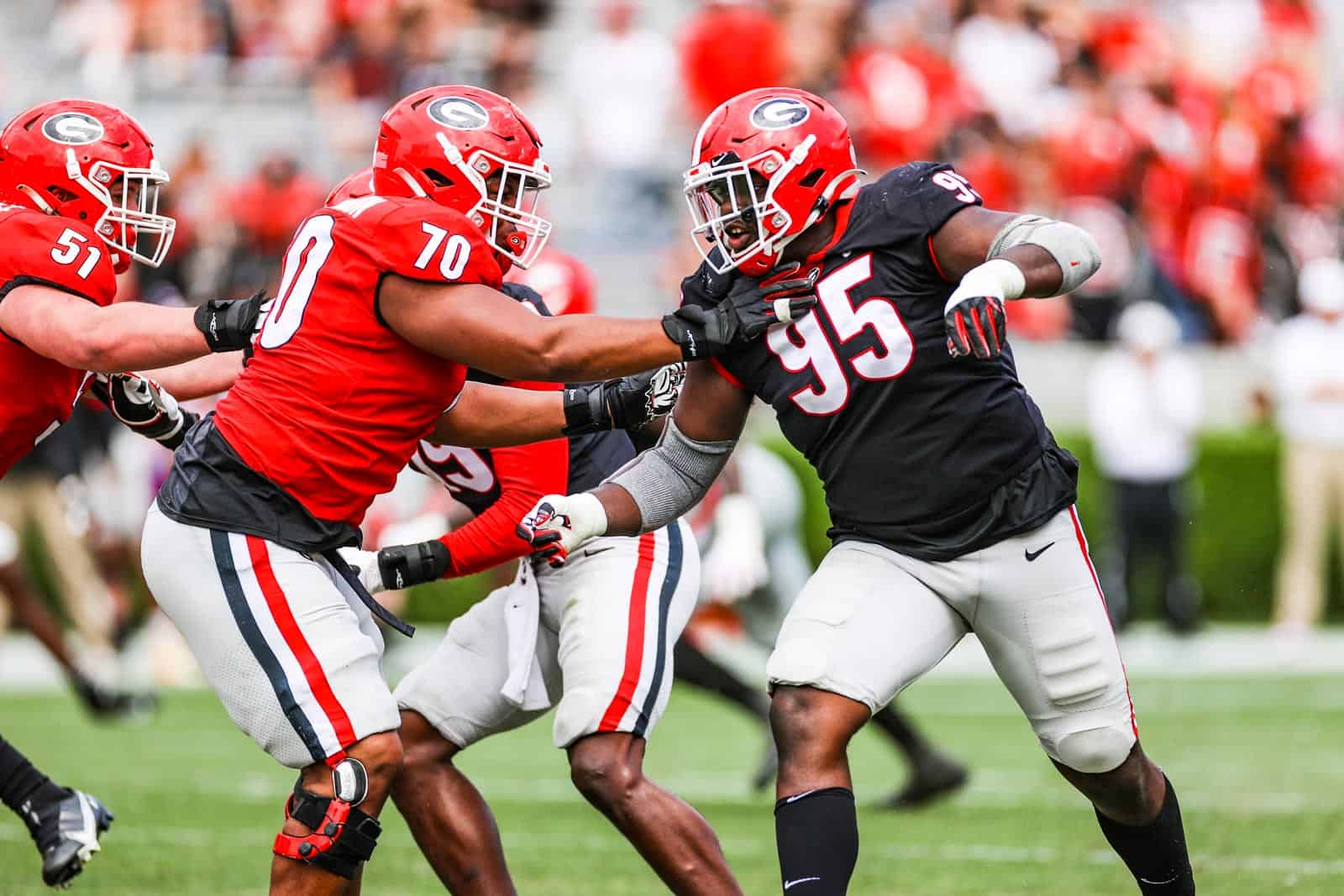 G-Day 2022 on Saturday, April 16 will be televised live by ESPN2, the SEC announced on Tuesday.

G-Day is Georgia’s annual Red vs. Black Spring game. This seasons matchup will kickoff at 1:00pm ET at Dooley Field at Sanford Stadium in Athens, Ga.

ESPN’s coverage of G-Day 2022 will be called by Joe Tessitore, Greg McElroy, and Katie George.

With G-Day on April 16 this year, the annual game will fall on Easter weekend with Easter Sunday the following day on April 17. G-Day will be played one week after the Masters golf tournament in Augusta, Ga., which is slated for April 7-10, 2022.

The national champion Georgia Bulldogs began Spring practice earlier on Tuesday. Georgia will practice a total of 15 times, which includes the G-Day game.

Georgia’s 2022 Pro Day will also be televised. The annual event is scheduled for Wednesday, March 16 and will be televised by the SEC Network at 11:00am ET.

The Georgia Bulldogs finished the 2021 season 14-1 overall and 8-0 in the SEC. Georgia defeated the Alabama Crimson Tide 33-18 in the College Football Playoff National Championship at Lucas Oil Stadium in Indianapolis, Ind.