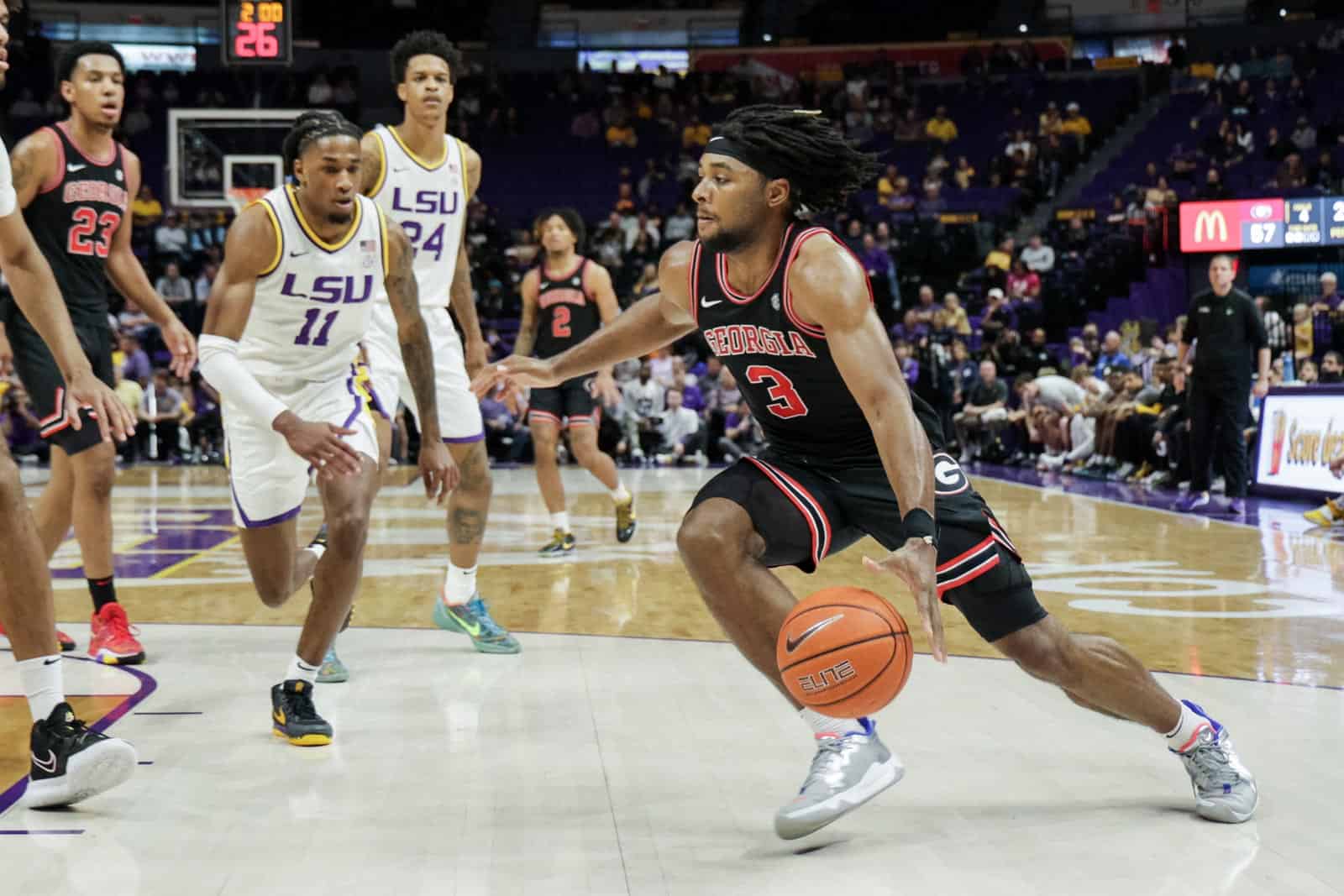 Sophomore Kario Oquendo led Georgia (6-20, 1-12 SEC) with 26 points on 8-for-16 shooting, including a perfect 6-for-6 from the charity stripe. This marked Oquedo’s 17th double-digit performance, including his 10th in league play. Redshirt-seniors Noah Baumann and Braelen Bridge each notched nine points. For the game, the Bulldogs shot 34.8 percent from the field.

“We have to attack the press better,” said Georgia head coach Tom Crean following the game. “We didn’t attack the press the way we practiced, either beating it with a ball screen or beating it in the middle. We just didn’t do a good enough job of that and we didn’t do a good enough job on the glass. We missed some shots that we normally make. We missed some opportunities… Our guard play wasn’t what it needed to be and we missed some chances in the post. That’s all, we just have to do a better job there.”

After a scoreless first two minutes, LSU (19-7, 7-6 SEC) scored the game’s opening basket on a fast break layup. The two squads continued to execute their defensive game plans, entering the second-media timeout deadlocked at 10 apiece. Coming out of the break, Baumann drilled a corner 3-pointer and sophomore Jabri Abdur-Rahim added a pair of free throws to give the Bulldogs a five-point advantage at the midway mark. The Tigers answered, quickly erasing the Georgia lead thanks to back-to-back scores.

The low-scoring battle continued, with both teams trading hard-earned baskets, but with 6:19 remaining LSU began a 17-0 run that gave the Tigers a 36-20 lead with a minute left in the half. The Bulldogs finally broke the scoring drought thanks to a hustle play by junior Jaxon Etter that would result in sending Oquendo to the free throw line. Georgia entered the half down 38-22.

The Bulldogs opened the second half with a triple from Baumann, marking his 10th game with three or more deep balls, but after narrowing the LSU lead down to 13, the Tigers responded, extending their lead to 26. With 12:24 on the clock, LSU head coach Will Wade was assessed a technical foul that sparked life in the Bulldogs. After freshman Christian Wright drained the free throws, Georgia used a 6-0 run to cut into the LSU lead. The Tigers’ lead would reach as high as 32. Despite late life in the Bulldogs, the LSU lead would prove to be insurmountable as the Tigers would go on to win 84-65

Georgia returns to action on Saturday, Feb. 19 at 1 p.m., when the Bulldogs play host to Ole Miss. The game will broadcast on the SEC Network.