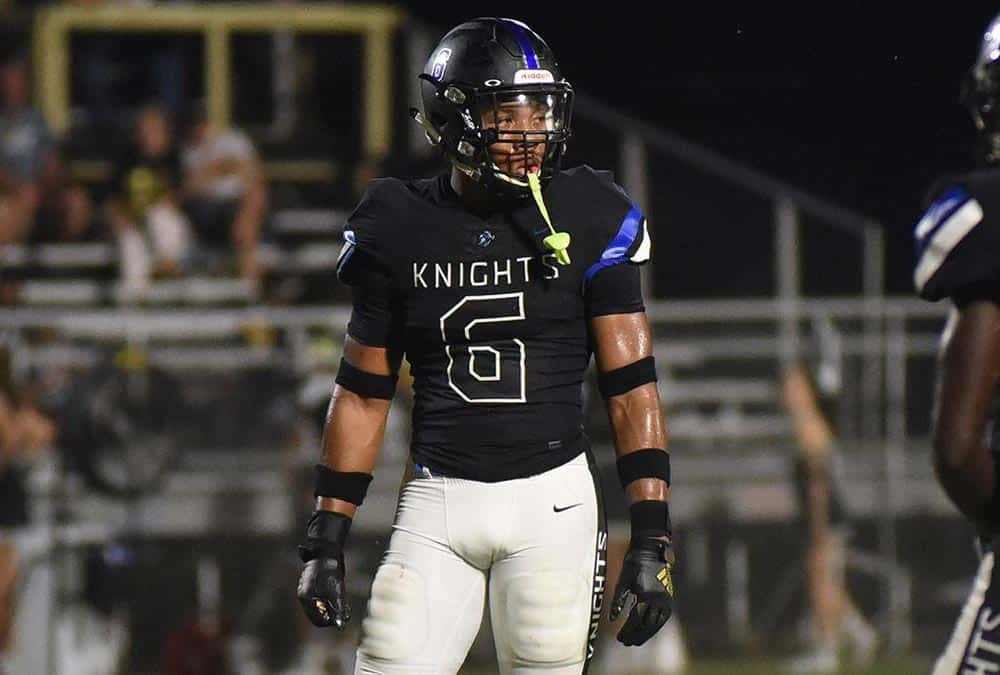 Andrew Paul, a three-star running back from Dallas, Texas, has committed to and signed with UGA football for the class of 2022.

Paul announced his commitment to Kirby Smart and the national champion Georgia Bulldogs during a ceremony at his school on Signing Day on Wednesday, Feb. 2, 2022.

Planting another flag in the Lone Star State.

Andrew Paul (5-11, 220) currently plays for Parish Episcopal School. He committed to the Bulldogs over Clemson, Michigan, and many others.

In the 247Sports Composite, Andrew Paul is rated as a three-star recruit, the No. 42 running back, and the No. 534 overall recruit in the country for 2022.

Rivals.com also rates Paul as a three-star recruit, the No. 30 running back, and the No. 58 overall recruit from the state of Texas.

With the addition of Andrew Paul, the Georgia Bulldogs now have 29 commitments for the class of 2022. UGA’s class is currently ranked third in the 247Sports Team Rankings, just behind Texas A&M and Alabama.