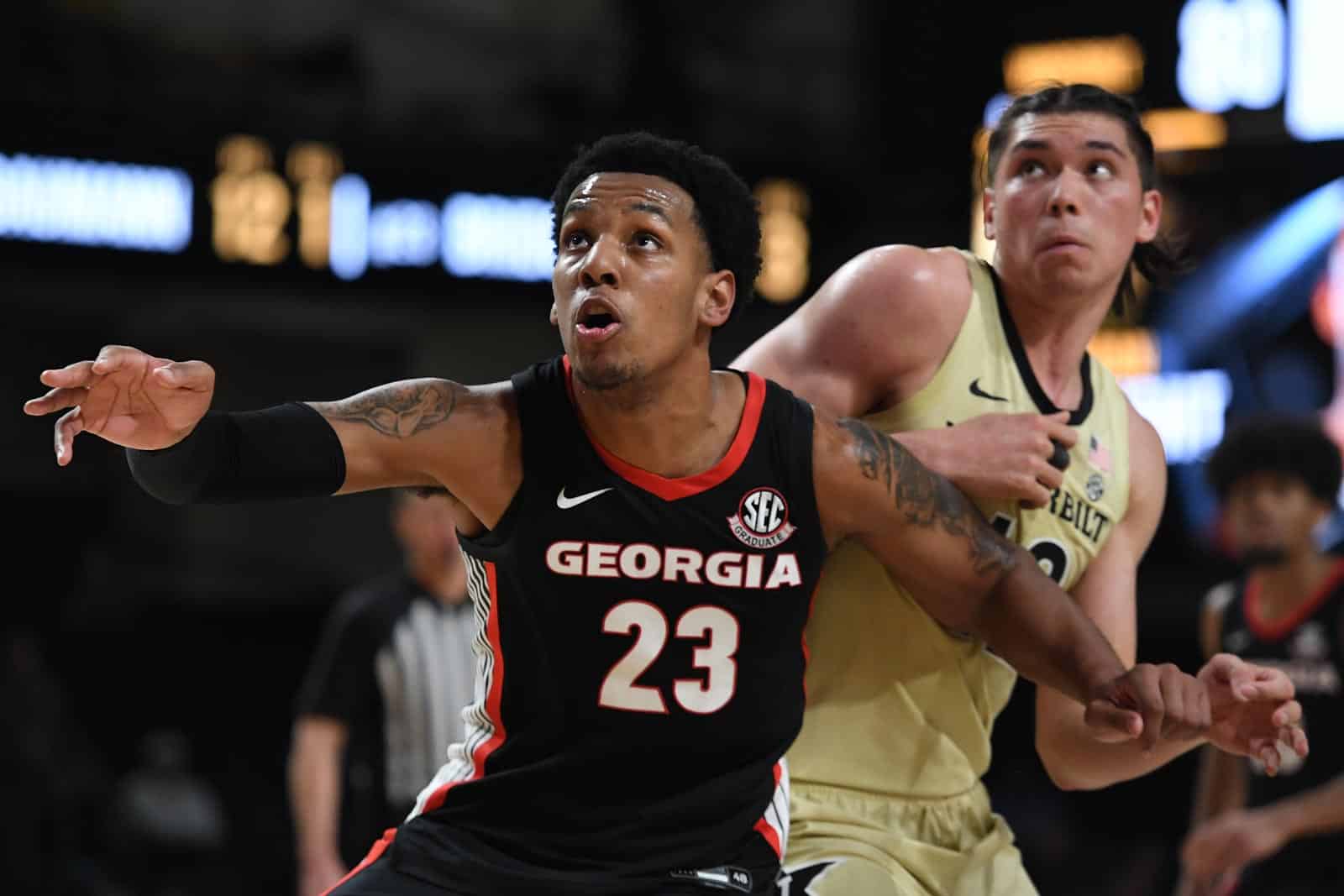 NASHVILLE, Tenn. – Despite one of its top offensive performances of the season, the University of Georgia men’s basketball team fell, 85-77, to Vanderbilt Saturday evening before 6,887 spectators at Memorial Gymnasium.

Graduate Aaron Cook led Georgia (6-15, 1-7 SEC) in scoring with 18 points on 7-for-12 shooting. Senior Noah Baumann and sophomore Kario Oquendo each tallied 15 points, with Baumann hauling in a team-high nine rebounds. Senior Braelen Bridges also broke double-digits with 14 points on 7-for-8 shooting, along with five rebounds.

“We didn’t establish from the beginning what we needed to do defensively,” said Georgia head coach Tom Crean following the game. “They got too comfortable and they made open shots, and that gave them confidence throughout the game…Having an aggressive mentality is far more important on the defensive end than it is on the offensive end. We have got to do a better job of being aggressive defensively to start games.”

Vanderbilt opened the game with a strong offensive attack, making its first three shots and eventually setting out to an early 16-6 lead. Beginning with a 3-pointer from Baumann, Georgia worked its way back into the contest, soon narrowing the margin to five midway through the half. However, the Commodores responded with an 11-4 run highlighted by six straight points from junior guard Scotty Pippen, Jr., bringing their advantage to 35-22 with five minutes to play.

With his team trailing by double-figures, Oquendo settled in and single-handedly kept the Bulldogs in the game in the closing minutes of the half. The Florida native scored 11 of Georgia’s final 12 points of the period, consistently attacking the basket and earning multiple trips to the line. The Commodores were able to answer with three triples in the same stretch, including a buzzer beater to make it 46-36 at halftime.

Following Oquendo’s burst, Bridges picked up the slack, scoring three of Georgia’s first four buckets in the second. Despite the efforts, Vanderbilt’s strong outside shooting, aided by an injury to Oquendo, helped expand the advantage to 18 points by the 11-minute mark. Once again, the Bulldogs fought back with 10 unanswered points, capped off by a 3-pointer from Baumann to make it 65-57 with eight minutes to play.

Unfortunately for the Bulldogs, the Commodores used their transition game to reestablish the lead to 15 with under five to play. Scores from Bridges and Cook kept the margin at 11 heading into the final timeout, yet Vanderbilt rode nine-consecutive points from Pippen down the stretch. Cook and Baumann continued to keep the game within reach in the final minutes, but it proved not enough as Georgia fell by eight.

Georgia returns home for a two-game homestand next week, beginning with a matchup against Arkansas on Wednesday, Feb. 2 at 7 p.m. at Stegeman Coliseum. The game will be aired on ESPNU.