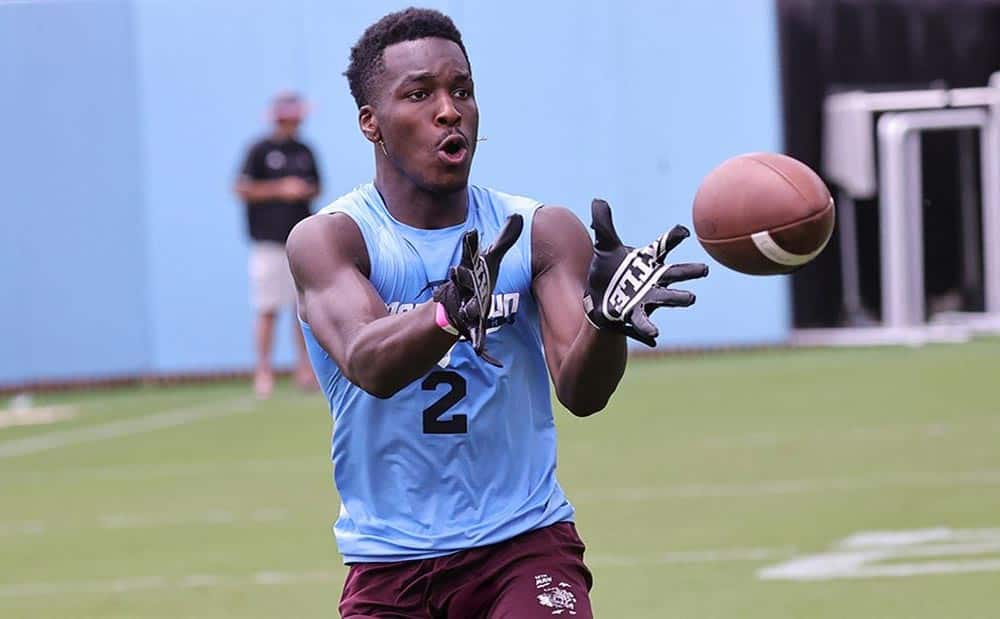 Raymond Cottrell, a four-star wide receiver from Milton, Fla., has committed to the Georgia Bulldogs for the class of 2023.

Cottrell was previously committed to the Florida Gators, but he decommitted and announced his commitment to Kirby Smart and the Bulldogs via his Twitter account on Wednesday morning.

At the end of the day I’m doing what’s best for me and my family God bless you all 💯 pic.twitter.com/aIMtWVqKg4

In the 247Sports Composite, Raymond Cottrell is rated as a four-star recruit, the No. 12 wide receiver, and the No. 85 overall recruit in the country for 2023.

Rivals.com also rates Raymond Cottrell as a four-star recruit, the No. 16 wide receiver, and the No. 102 overall 2023 recruit.

With the addition of Raymond Cottrell, the Georgia Bulldogs now have seven commitments for the class of 2023. UGA’s class for that season is currently ranked No. 2 in the 247Sports Team Rankings behind the Oklahoma Sooners.