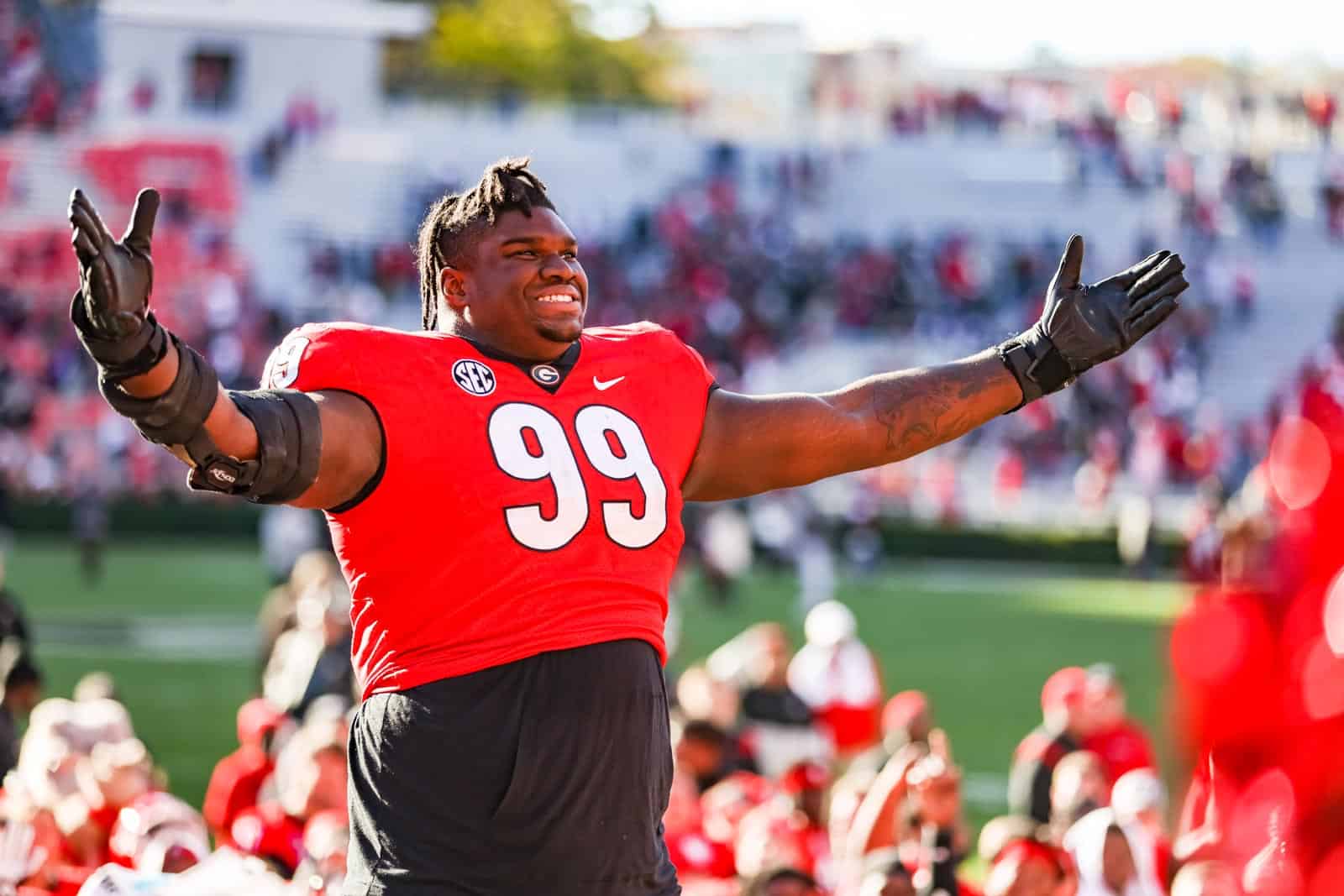 ATHENS, Ga. – Georgia senior lineman Jordan Davis has been named one of six semifinalists for the 2021 Outland Trophy, given annually to the nation’s top interior lineman by the Football Writers Association of America (FWAA).

Davis, a native of Charlotte, N.C., joins two other players from the Southeastern Conference on the list.

These six semifinalists will be pared to three finalists on Nov. 23 and the recipient of the 2021 Outland Trophy will be announced on The Home Depot College Football Awards live on ESPN on Dec. 9.  The official presentation to the winner will be made at the Outland Trophy Awards Dinner sponsored by Werner Enterprises and produced by the Greater Omaha Sports Committee in Omaha, Neb., on Jan. 12, 2022.

Davis has helped Georgia lead the nation in scoring defense (7.6 points/game), rank second nationally in rushing defense (78.2 yards/game) and total defense (247.0 ypg).  He anchors the interior line with 23 tackles and 3.5 sacks.  Opponents have scored just 76 points on the Bulldogs, and no team has registered more than 17 points.

Former Bulldog and College Football Hall of Fame lineman Bill Stanfill has been Georgia’s only winner of the Outland Trophy in 1968.  While Georgia has not had any other finalists, former Bulldog All-American and current New York Giant lineman Andrew Thomas was a semifinalist in 2019.

Also, Davis is also a finalist for the Bronko Nagurski Trophy and a semifinalist for the Walter Camp Player of the Year Award and for the Chuck Bednarik Award.  In addition, he is a finalist for the Senior CLASS (Celebrating Loyalty and Achievement for Staying in School) Award. Fan voting for the CLASS award is open through Dec. 20th. https://www.seniorclassaward.com/vote/football_2021