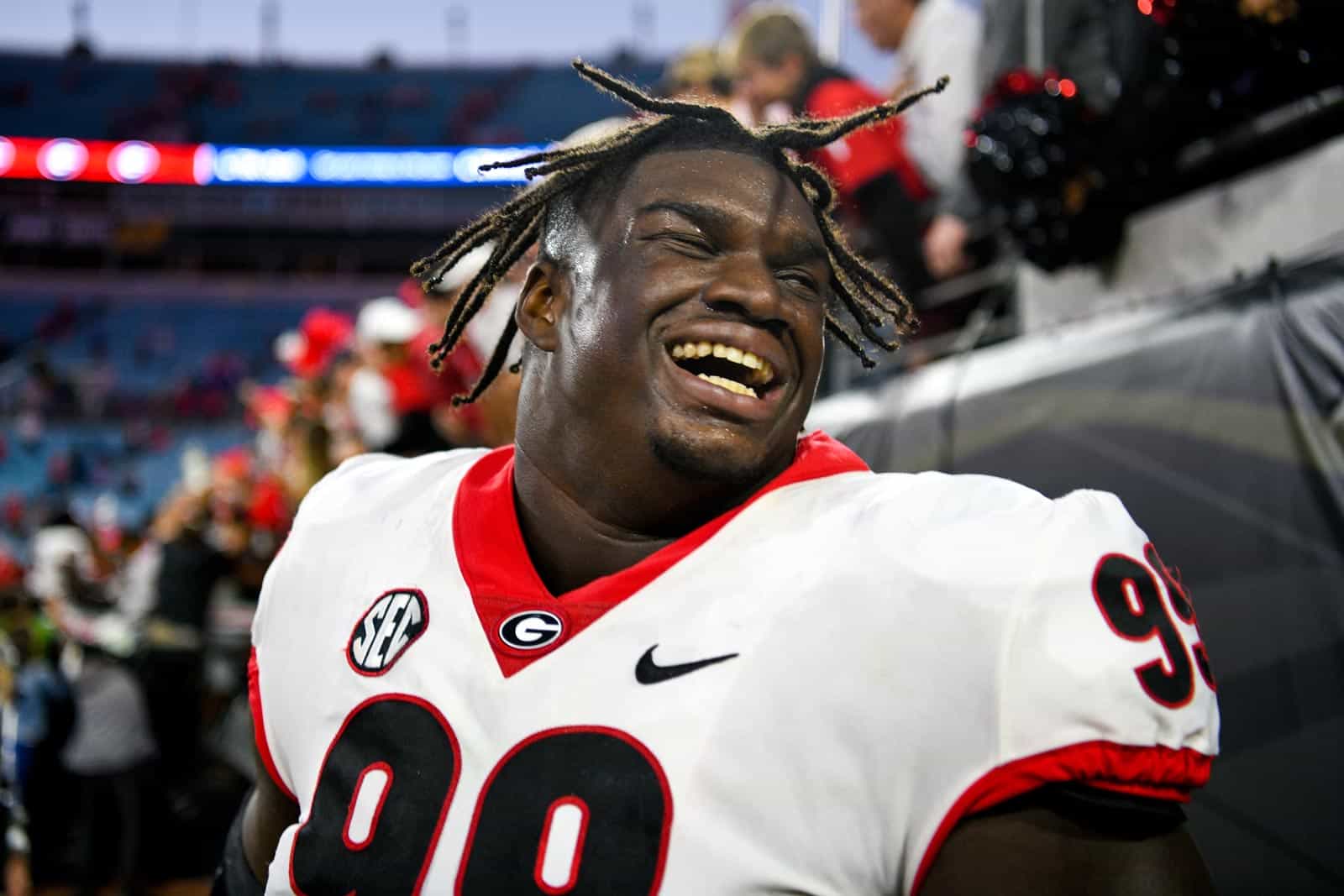 ATHENS, Ga. – Bulldog senior Jordan Davis has been named one of 10 finalists for the 2021 Senior CLASS Award.

Davis, a native of Charlotte, N.C., is the only finalist from the Southeastern Conference. To be eligible for the award, a student-athlete must be classified as an NCAA Division I senior and have notable achievements in four areas of excellence: community, classroom, character and competition.

CLASS stands for Celebrating Loyalty and Achievement for Staying in School, focusing on the total student-athlete and encouraging students to use their platform in athletics to make a positive impact as leaders in their communities.

Nationwide fan voting begins immediately to help select the winner, and fans are encouraged to vote on the Senior CLASS Award website through Dec. 20th. Fan votes will be combined with media and Division I head coaches’ votes to determine the winner. The Senior CLASS Award winner will be announced during the football bowl season in late December.

After announcing its first overall athletic winners in 2002, the Senior CLASS Award added FBS specific honors in 2008. Former Bulldog and current Houston Texan Chris Conley was a finalist in 2014 and former Georgia All-American Drew Butler was a 2011 finalist.

Davis has participated in a variety of community service events during his time as a Bulldog. His activities have included: reading to area elementary students; being a part of a group that made motivational videos for elementary age students; volunteering at Camp Sunshine, which provides recreational, educational and support programs for children with cancer and their families; making hospital visits with teammates in both New Orleans and Atlanta; working with former Bulldog Rennie Curran mentoring high school students.

Davis has 20 stops, including 3.5 tackles for loss and two sacks, this season for the undefeated Bulldogs. The 6-foot-6, 340-pound lineman has helped the Bulldogs rank first nationally in Scoring Defense (6.6 points/game) and Red Zone Defense (57 percent) and second in Total Defense (226.6 yards/game), Passing Yards Allowed (151.0 y/g) and Rushing Defense (75.6 y/g).