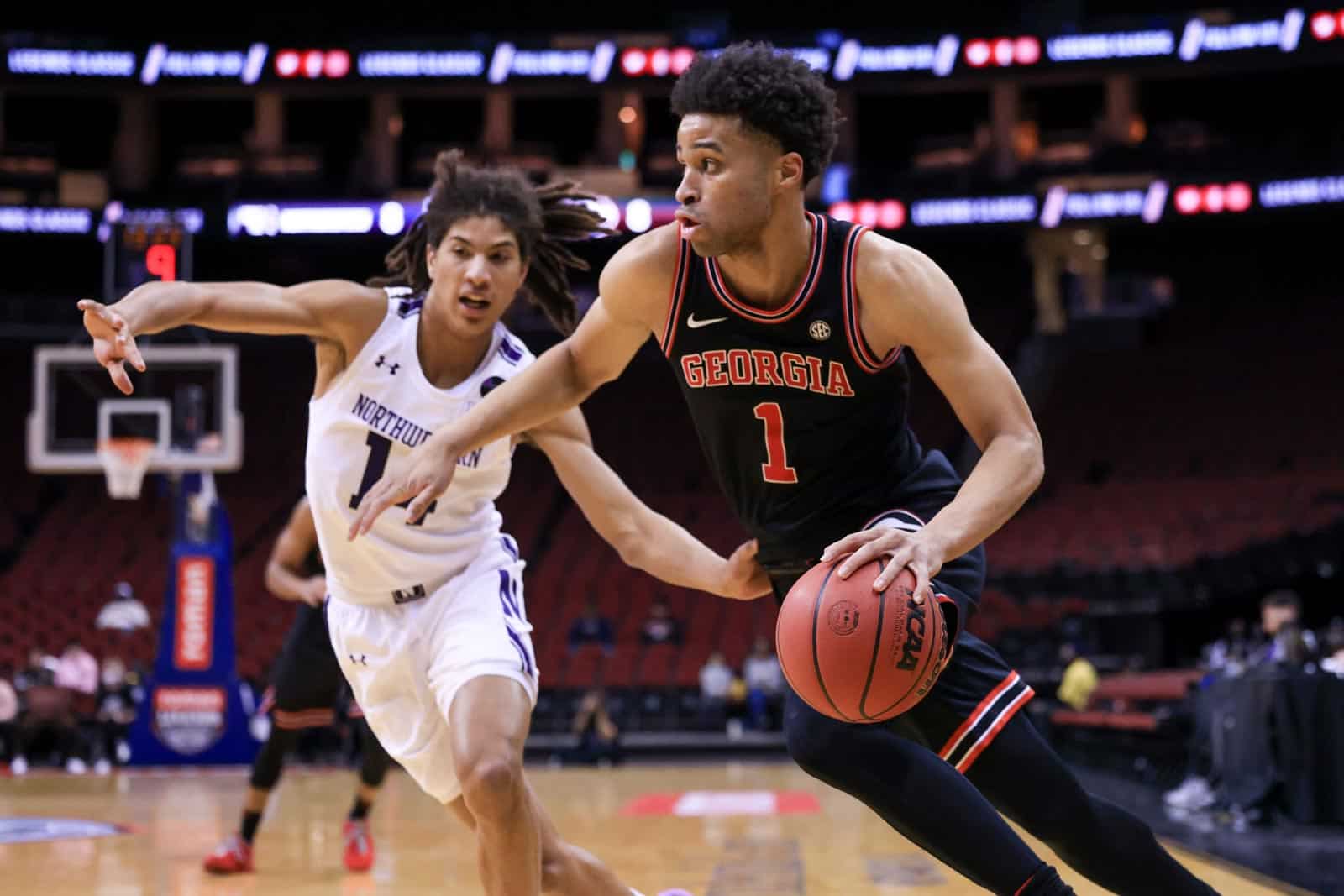 NEWARK, N.J. – The University of Georgia men’s basketball team fell to Northwestern, 78-62, in the third-place game of the Roman Legends Classic Tuesday evening at the Prudential Center.

Redshirt-senior Braelen Bridges and sophomore Kario Oquendo led the team with 12-points. Bridges shot 5-for-9 from the field, 2-of-3 from the free-throw line, and pulled down 4 rebounds, while Oquendo went 5-7 from the field, including 2-of-4 from beyond the arc. Graduates Aaron Cook and Jailyn Ingram each tallied 10-points. Cook went 4-for-12 and dished out a team-high six assists, while Ingram went 2-for 7, a perfect 5-for-5 from the charity stripe, and recorded a team-high nine boards. The Bulldogs shot 38.2 percent from the field and five three-pointers on 20 percent shooting beyond the arc.

After Northwestern (5-1) scored the first bucket, Georgia (2-4) ripped off a pair of free-throw by Ingram and a three by Cook to take a 5-2 lead. The game went back-and-forth before the Wildcats went on a 9-0 run to take a 17-10 lead at the 10-minute mark. The Bulldogs quickly got back to within three with 9:31 left in the first half, but the Wildcats responded and entered the locker room up 43-23.

Both squads battled it out coming out of the half, then Georgia went on a 9-0 run to draw within 15 of Northwestern with 13:56 left to play. The Wildcats responded with a short run of their own to get the lead back up to 18, 60-42. The Bulldogs chipped back into the Wildcat lead narrowing the margin to 10, 62-52, thanks to buckets from Cook, freshman Christian Wright and sophomore Jabri Abdur-Rahim. The teams continue to battle, but Northwestern pulled away topping Georgia, 78-62

Georgia will return to the court Sunday, Nov. 28 to host Wofford at Stegeman Coliseum. The contest will tip at 4 p.m. and will be streamed on SECN+.