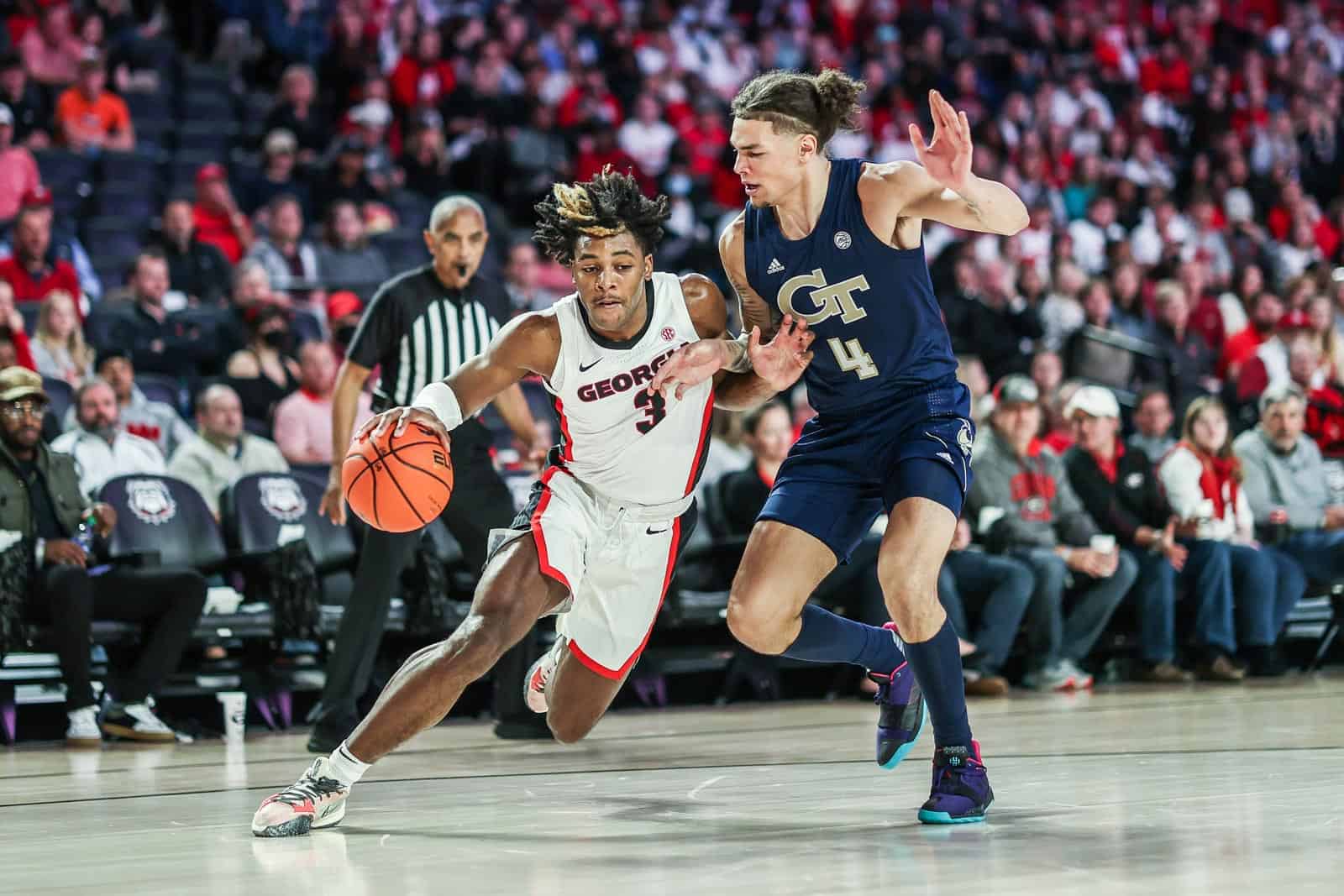 ATHENS, Ga. — The University of Georgia men’s basketball team fell, 88-78, to arch-rival Georgia Tech in the first meeting between the two team since 2019 on Friday evening before 9,057 fans at Stegeman Coliseum.

“We had a great environment,” Georgia head coach Tom Crean said. “I was really excited to see that kind of crowd here. I’m just sorry we couldn’t send them home with a win. But they had a lot to do with our energy. They were fantastic. Hopefully they go home and say you know what, this team works really hard, they’ve just got a lot to learn. Unfortunately when you’re four games in like this with such a new group there is a lot of learning that’s going on.”

Graduate Aaron Cook led Georgia in scoring with 18 points on 6-for-13 shooting, while graduate Jailyn Ingram notched a season-high 17 points and six assists. Sophomore Jabri Abdur-Rahim added 10 points. For the game, Georgia shot 50 percent from the field and tallied eight 3-pointers on 47 percent shooting beyond the arc.
Georgia started the game by making their first three shots to take an early 9-7 lead. Ingram led the way for Georgia with five early points. The Bulldogs and the Yellow Jackets went back and forth until Georgia took a 24-19 lead following an Ingram basket with eight minutes before the break.
Georgia’s hot start quickly cooled as the team went 6-15 from the free-throw line in the first half. Senior Michael Devoe led the way for the Yellow Jackets with 19 points at the half, scoring eight points in the final two minutes as Georgia Tech amassed a 41-36 lead heading into the locker room.
The Yellow Jackets took a 10-point lead early in the second half following back-to-back threes by sophomore Deivon Smith and Devoe. The Bulldogs answered with six straight points from graduate students Ingram and Aaron Cook. The teams went back and forth before a Abdur-Rahim steal and dunk brought the Bulldogs within a point with 6:31 left in the game.
Georgia took their first lead of the second half with 5:12 left in the game following an Ingram basket. The team swapped baskets over the next two minutes, before the Yellow Jackets went on an 8-0 run, and put the game out of reach.
Georgia travels to Newark, N.J. for the Legend Classic at the Prudential Center to face Virginia on Monday, Nov. 22 at 7 p.m. EST. The game will broadcast on ESPNU. The Bulldogs and Cavaliers have previously met seven times on the hardwood. Georgia fell to Virginia, 87-54 on Dec. 24, 1987, at the Chaminade Christmas Class in Honolulu, Hawaii.